The School of Computing and Digital Media was recognised at the BCS Student Awards Ceremony through our student Bradley Murdoch who received the award for Best Student 1st Class.

BCS, The Chartered Institute for IT hosts an annual event to award outstanding students from different universities in various computing disciplines.

This year we were delighted that our student Bradley Murdoch from the School of Computing and Digital Media received the Best Student 1st Class award at the BCS Student Awards Ceremony.

Bradley was described by his tutors as a “very proactive and academic student” in his final year, which led him to achieve a first class Software Engineering BSc (Hons). Bradley developed an excellent final year project which allowed him to be accepted this year onto a postgraduate course at Oxford University. His website is called Crime Index and provides crime statistics using Big data via postcode and town searches integrated with Google Maps to deliver augmented crime statistics with trends graph and charting.

Also during his studies at London Met, Bradley was appointed a Student Representative (StAR) for the School of Computing and Digital Media, became Microsoft certified in .NET while studying an Application Development module and also created an online business called Luxury Furniture Online  as part of an E-commerce module.

All the academic staff and his peers recognise his efforts and wish him continued success in the future. 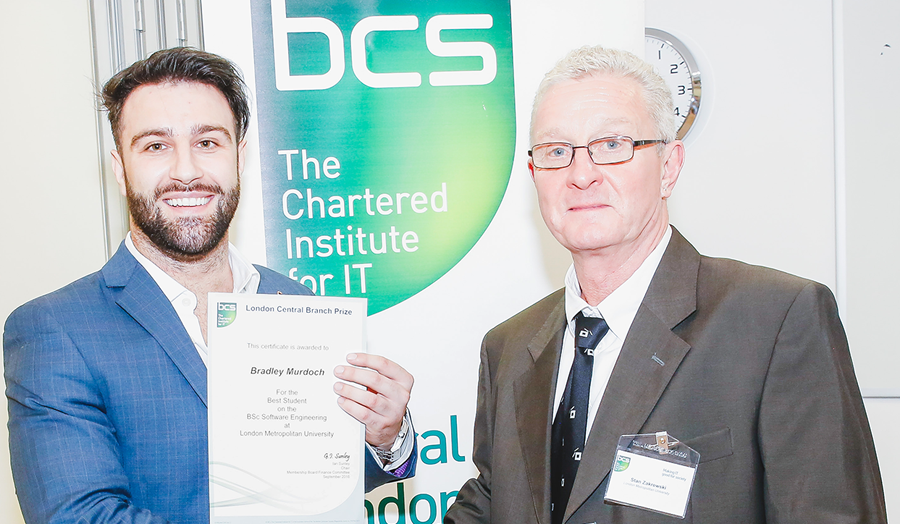