The Cass is hosting "Balin House Projects" and "Public Works" who are holding a discussion on the civic home.

PROF JANE RENDELL will talk about different examples of home used as a psychoanalytic setting. She will also look at the social condenser as a communal space in the housing schemes of the constructivists, and how this model was then adapted in the welfare state architecture for often more pragamatic purposes. The talk will highlight what the closure of spaces such as - laundries and community halls, means in symbolic as well as political terms, set in the context of the destruction of social housing. Jane Rendell is an academic and writer with a training in architectural design and history, whose work crosses architecture, art, feminism, history and psychoanalysis. Her talk will focus on various spaces of overlap between public and private, specifically configurations of the psychoanalytic setting and the social condenser as sites of potential transformation – psychic and cultural. Jane is Professor of Architecture and Art at the Bartlett, UCL. janerendell.co.uk/

PROF PETER CARL’s talk will address the fact that for most of history the house lay at the heart of civic life, still preserved in the "Houses" of Parliament.  However, this history also corresponds to a different form of civic life, termed a 'natural state' by North, Wallis and Weingast (Violence and Social Orders), in contrast to the present conditions of advanced capitalism, which they term "open access".  The latter's reliance upon an aggregate of local, often ephemeral public associations, from knitting-circles to charities and anti-development protest-groups to more elaborate associations of, for example, universities and industry, grew up alongside the fascination with privacy, concentrated around the domestic realm.  If privacy culminates in mass housing-estates and David Lynch, it is also the case that very little of a city is wholly private.  In contrast to the notion of 'public realm' as mostly outdoors or transport interchanges (amplified by architects' and planners' use of figure-field diagrams), a spectrum of public life prevails, which certain architectural configurations support better than others.

This talk is the first of the 3 exploring the home. It is part of a larger grants for the arts application and project described below:

"My home is your home" completed in 2014 follows from "Whitechapel gift shop" project in 2010 and is the second in the public home series by public works. Public homes are privately commissioned architectural projects that work collaboratively with clients to negotiate the privacy of the home and levels of publicness it can offer to the city. It looks at a home as a public asset and the home owner as a public agent. In both projects, the homes have been opened up as informal cultural places, for artist residency, site specific performances, art commissions, talks and debates and symbolic demolitions.

Unlike the "Whitechapel gift shop" which was an old saw mill, "My home is your home" is a flat in an ex-local authority flat in Borough – London. In the 1980s due to an accident in one of the laundry rooms where a small boy died ,Southwark council closed and locked all the laundry rooms. Artist Eduardo Padhill moved to an adjacent flat, negotiated access and set up an exhibition in the laundry room, opening it up to the public once again. This started The Balin House Projects in 2006.

The laundry room had its limitation due to its very small dimensions and lack of a link to the artist’s house. In 2012 Padilha bought the laundry room to expand both his home and this art space. Post expansion Balin House Projects has become an artist space where Padilha hosts discussions and debates over Sunday lunch. Last month the project was awarded a grants for the arts to explore the potentials, limitations and conflicts of an art/home. Collaboratively with public works, Balin House Projects will critically look at the home as an artistic practice through its architecture, an artist commission, series of talks and workshops. 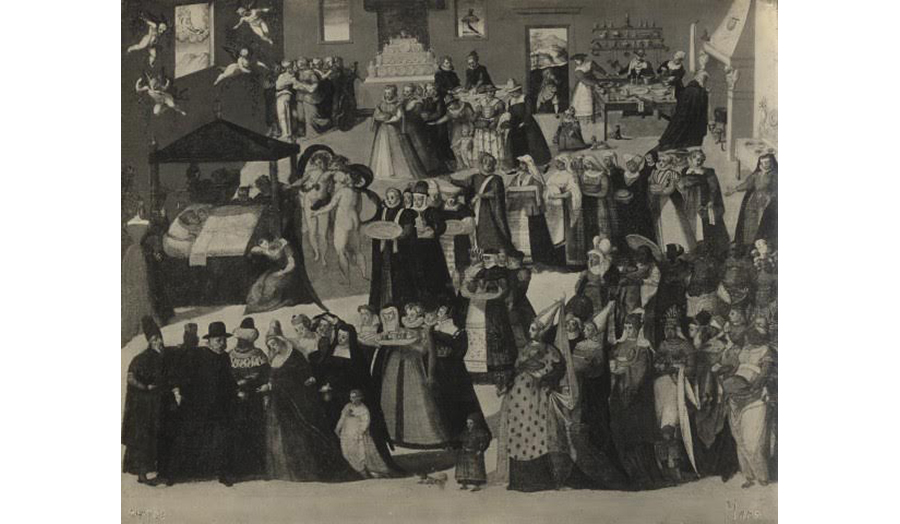