A new art exhibition by a London Met alumna has sparked a global debate on personal privacy online.

‘Backdoored.io’, by Cass MA Fine Art by Practice graduate Nye Thompson, features a collection of images from unsecured surveillance cameras across the world which have been captured by online search engines.

The exhibition demonstrates how fragile privacy is in a bold new age of unprecedented connectivity.

Explaining why she chose to explore this issue, Nye said: “Millions of the devices around us are already unsafe and betraying our privacy. With the rapid growth of the ‘Internet of Things’, where we will be increasingly surrounded by devices collecting and sharing data on us, this situation is only going to get worse.”

“We want to engage public debate, we want this issue to be in the forefront of public concern moving forward. We need technology companies, regulation bodies, governments and manufacturers to make this issue a priority. Ordinary people shouldn't be expected to be security experts in order to use all these amazing new technologies safely.”

The term ‘Backdoor’, from which the exhibition takes its name, is a slang expression used by hackers to define a feature or defect of a computer system or device that allows surreptitious access to data, in this instance snapshots from vulnerable webcams. The search engines crawl the internet for unsecure feeds before taking a snapshot and moving on.

However, none of the images in the exhibition were gained from hacking.

“All the images in the exhibition were accessed through public search engines – the images are completely accessible by anyone, you just need the right search query. They’re not hidden on the dark web, you don’t need a password or username to view them – they’re all readily available”, explains Nye.

The exhibition itself has drawn fierce debate on the sharing of private data and the display of the images captured by the search engines, particularly those from Hong Kong. The Hong Kong Privacy Commissioner for Personal Data, Stephen Wong Kai-yi, recently called for the images featuring individual’s faces to be removed from display.

“What a fabulous way of raising awareness about peoples’ general lack of concern about securing their most private moments,” said Renate Samson, Chief Executive of Big Brother Watch.

However, in response to the concerns raised in Hong Kong, Nye and curator Kosha Hussain voluntarily took steps to ensure any faces in the exhibition were obscured.

Nye said: “It was never our intention to hurt or upset anyone but simply to raise awareness of the issue. The irony here is that even though I am hiding the faces, they are still visible in the search engine results where I found them. The reason they weren’t obscured in the first place was because we didn’t want to give a false idea of what is available online and the extent of our exposure.

“We took legal advice and believe that this exhibition complies with the UK Data Protection Act, especially bearing in mind the exemption for artists and journalists."

Nye originally intended to sell prints from the collection, but decided against it shortly after the exhibition launch.

“The project is totally self-funded and we initially thought that selling prints would help cover part of its ongoing costs,” she said. “However, we quickly decided not to pursue this, even before any concerns were raised about the exhibition.

“To confirm – no images from the exhibition have been sold, or are on sale.”

The exhibition has attracted widespread media interest, including an article in Wired and a prominent feature in BBC Click. Nye also took part in an interview for Channel 4 News, responding to the concerns raised in Hong Kong.

“Ultimately the point of the exhibition is to bring the issue into public discussion, and I feel we have achieved this,” Nye said. “The exhibition, and the way we've presented it, has provided the platform to engage in an international public discussion. Online privacy and security is a serious issue of our time and we need to address this. Backdoored.io is our way of doing just that.” 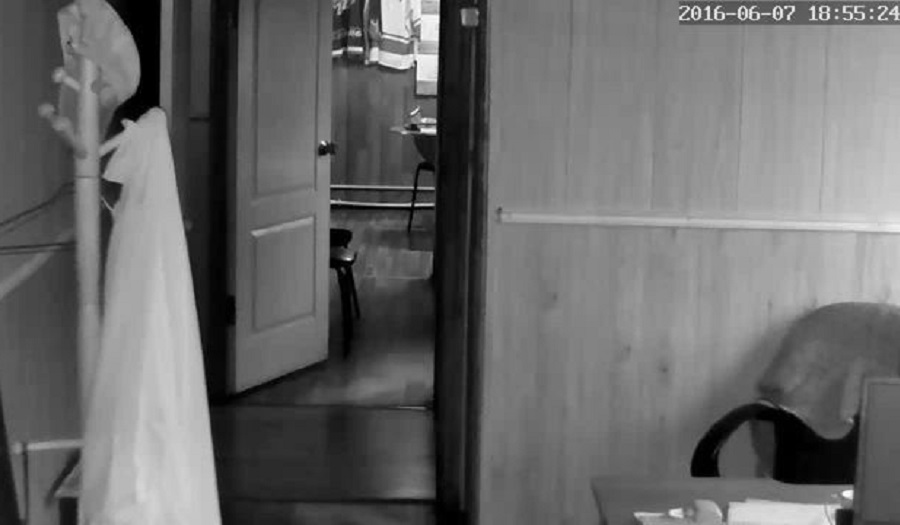