Architects of The Year! News from the School of Art, Architecture and Design

Cottrell and Vermeulen and Feilden Fowles announced as winners in the Building Design’s prestigious awards.

Architects Cottrell & Vermeulen who teach at The Cass have been announced as Building Design's Architect of the Year.

The practice, which leads Studio 4: Making Space on our BA (Hons) Architecture was also named Education Architect of the Year, one of the most hotly contested categories in the 2016 awards, for its exceptional work on projects including Brentwood School in Essex and Notre Dame High School in Southwark.

Building Design's editor Thomas Lane said: “The judges felt Cottrell & Vermeulen represented a quiet and considered style of architecture which is very important in schools and public buildings. They have been doing this for many years. This is exactly the sort of architect who needs to be celebrated.”

Feilden Fowles, tutors on The Cass undergraduate architecture Studio 11: Educating Hackney, were also honoured as they were announced as the winner of 2016’s Young Architect of the Year Award.

Two other practices that teach at London Met were shortlisted for the prestigious awards, DSDHA – which teaches on the Postgraduate Diploma Unit 11: Cultural Infrastructure was highly commended in the Masterplanning category – and MAE where Alex Ely, tutor on Postgraduate Diploma Unit 5: A Place of Type, is a partner were shortlisted for the Housing of the Year Award.

The 13th Architect of the Year Awards "had the highest number of entries for some years", according to Thomas Lane, "which reflects the health of the profession".

The awards were held on the 9 March 2016 at London’s ExCel centre, hosted by Stephen Fry. 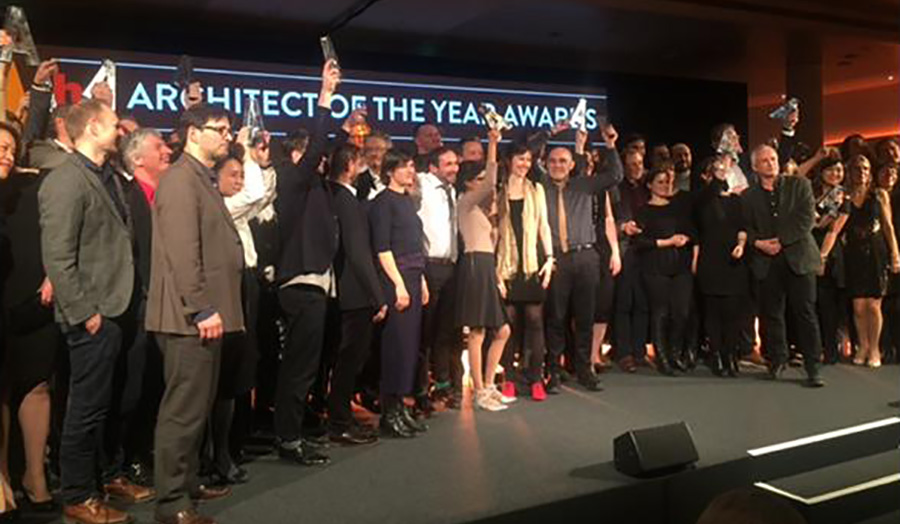