Ten years on since London Met's iconic Graduate Centre opened, its creator is returning to give a public talk

The man behind one of Islington’s most striking buildings will be returning to London this month to give a public lecture, ten years on since his creation transformed Holloway Road.

Internationally renowned architect Daniel Libeskind will visit London Metropolitan University on 24 June to discuss his Graduate Centre design, which was recently named among the top-ten most spectacular university buildings in the world. Architecture fans from across the globe visit Holloway Road each year to see the award-winning, metallic structure for themselves.

Libeskind, who was selected as the master planner for the World Trade Centre redevelopment in New York, will talk about his career, the Graduate Centre and his current work during the public lecture, which will be followed by a question and answer session.

Anne Markey, Head of Projects in The Cass - London Met’s faculty of art, architecture and design - was involved in the building of the Graduate Centre before joining the University in 2004. She said: “Having worked on the project I saw first-hand how seriously Libeskind took the brief; he had a genuine and personal interest in it. He wanted to have a say in every decision, no matter how small and I think that showed his professionalism and determination to get it right.

“What is particularly exciting about this visit is that Libeskind is such a great role model for today’s generation of architects. When London Met opened its competition to find the designer of the Graduate Centre, he was still seen by some architecture critics as an outsider. Now, he is one of the most respected professionals in the industry who has built all over the world.

“London Met is incredibly proud of the Graduate Centre and we can’t wait to welcome him back to the University.”

Ann Willis, Alumni Relations Officer at London Met, said: “We’re delighted that someone as high-profile as Daniel Libeskind will be visiting the University. It is a great opportunity for our students, staff, alumni and members of the public to hear from one of the most exciting architects working today, and I’m glad that we can share this event with our local community.”

Daniel Libeskind established his architectural studio in Berlin, Germany, in 1989 after winning the competition to build the German capital’s Jewish Museum. Studio Daniel Libeskind then relocated to New York in 2003 when Libeskind was selected as the master planner for the World Trade Centre redevelopment.

The event is totally free and open to the public, but places are limited so please ensure you book a ticket here. 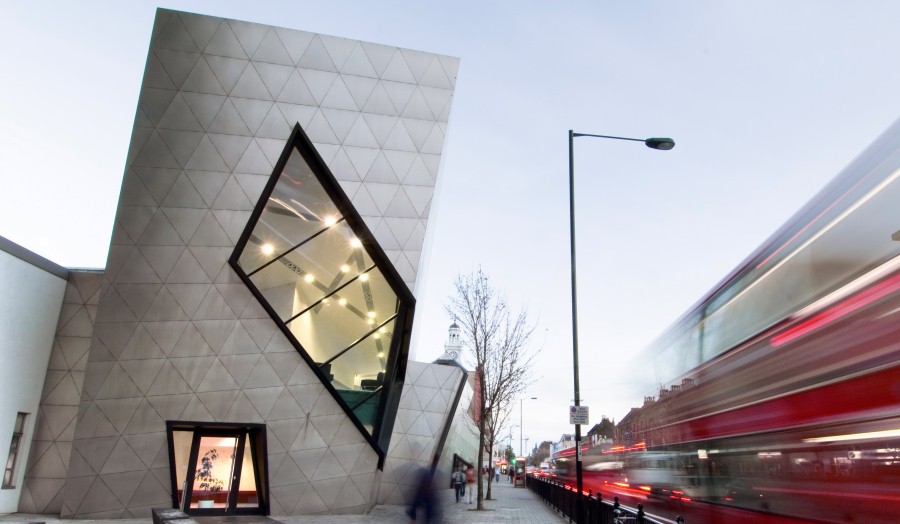