Antepavilion Success News from the School of Art, Architecture and Design

The 2019 Architecture Foundation Antepavilion, Potemkin Theatre, which was unveiled this month, was designed and built by Maich Swift Architects. Ted Swift, who founded the practice with Paul Maich, is a graduate of RIBA Part 2 and 3 courses at The Cass.

The Antepavilion is the third of an annual series of experimental architectural structures to be built at Columbia and Brunswick Wharf in east London. Emerging practice Maich Swift Architects drew inspiration from the home of Monsieur Hulot in Jacques Tati’s 1958 film Mon Oncle for the three-storey rooftop theatre.

The designers were chosen from 188 entries in an open architectural competition run by Shiva Ltd in collaboration with the Architecture Foundation. The competition brief called for proposals that could provide a beacon alongside the Regent’s Canal.

Titled Potemkin Theatre, the structure was built over 25 days during June and July with the help of a team of volunteers. It employs a laminated veneer lumber structural frame and facade of painted canvas panels which reference theatre flats used in set design.

The Antepavilion will host a two-month programme of performances, discussion and events taking place throughout August and September named, Beacon Festival. The festival is supported by a grant from Arts Council England and includes work by Roland Smith, Shadwell Opera, Oren Safdie and a symposium exploring the relationship between architecture and immersive performance. Architecture and design magazine, Dezeen are media partners for the festival.

Paul Maich and Ted Swift founded Maich Swift Architects following a period of 5 years working together at Caruso St John Architects on the design and construction of various projects including the 2016 Stirling Prize-winning Newport Street Gallery. The 2019 Antepavilion has been built by the practice with construction assistance from a team of volunteers, and technical support from AKTii engineering. 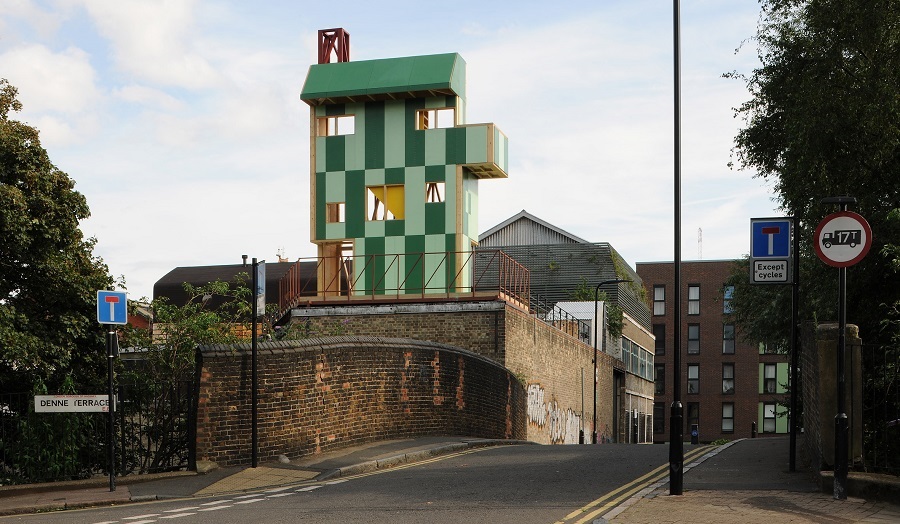