Angels of Mercy News from the School of Social Sciences

Professor Louise Ryan featured on a podcast exploring the story of the women who left Ireland to train and work as nurses in England.

London Met’s Professor Louise Ryan recently featured in a podcast discussing the topics surrounding Angels of Mercy, a new documentary exploring the story of the women who left Ireland to train and work as nurses in England across the second half of the 20th Century.

Produced by Grainne McPolin, the documentary focuses on how these young women began lives in a whole new world, and were an often overlooked but important element in the development of the UK National Health Service.

In the podcast, Professor Ryan discussed why the NHS recruitment strategy was so effective. She said, "I think there's a number of factors, there's kind of a combination of what might be called 'push' and 'pull' factors, although that sometimes risks simplifying the situation.

"We have to look at the fact that there was very active recruitment going on by the NHS, which was set up at the end of the 1940s because it really needed a very large labour force as it was being rolled out across Britain. And so there was an active recruitment of young women to come to Britain and to train within the NHS through newspaper advertisements.

"Many of the women I interviewed spoke about seeing an advertisement in say, the Connacht Tribune, the very local provincial press, then going to a local hotel where the recruiters would have come over from Britain and they'd be carrying out interviews over several days, and they were really looking to draw as many young women as they could, and really targeting often quite remote, rural areas. They weren't just going to Dublin or Cork, they were really going out into the countryside as well."

Professor Ryan was one of a number of academics experts who gave context to the women’s narrative, alongside Professor Jennifer Redmond and Dr Sarah O’Brien.

Listen to the podcast here. 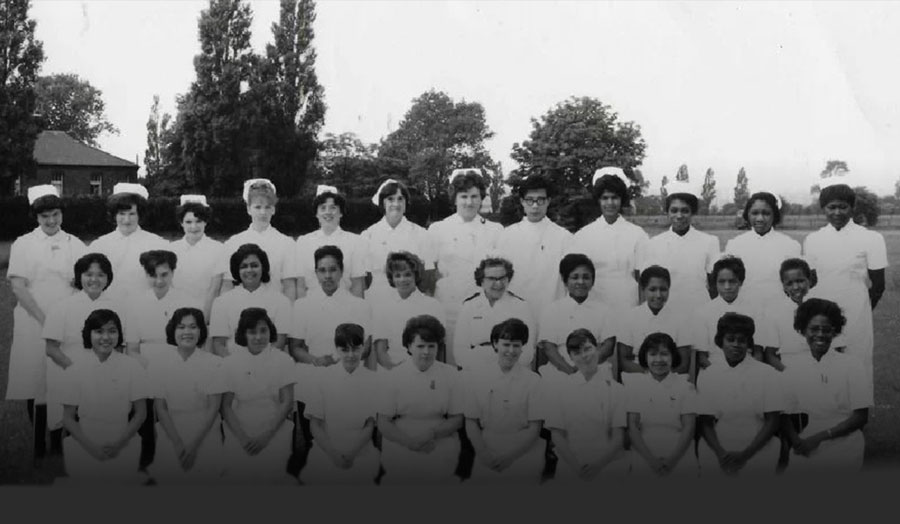