Kanya King MBE, founder of the MOBO Awards visited London Met to speak about her career, and to offer advice to students and alumni.

The MOBO Awards (Music of Black Origin) are one of the biggest events in the music industry calendar, but did you know that the very first MOBOs were thrown together in just six weeks?

Kanya King MBE, who came up with the idea for the awards, said she was given one and a half months notice to put on the debut show.

“After pitching to so many people, we finally had a break,” said Kanya, who was speaking at a special event at London Metropolitan University. “We were told that ITV would be willing to air the show – but in six weeks’ time!”

Despite the challenge of putting on a major televised music show in such little time, Kanya was un-phased and was determined to seize the chance.

“It wasn’t a case of ‘should we do this’, but ‘how are we going to do this’. You don’t turn opportunities like that down,” she said.

Kanya was speaking at an entertaining event organised by the London Met Alumni Association, one of a series of talks which see inspirational entrepreneurs visit the University.

Interviewed by Deputy Vice-Chancellor Professor Peter McCaffery, Kanya shared the remarkable story of her rise from an austere existence in inner London to a successful career as an entrepreneur. Kanya was recently voted one of the country’s most influential women.

One of her career highlights was securing ex Prime Minister Tony Blair’s attendance at the first MOBO Awards, an issue explored in Professor McCaffery’s questions.

Kanya said: “Tony Blair was leader of the Opposition, and was seen as a new and innovative leader who would change the country after seventeen years of Conservative rule. We thought his presence at the Awards would put us on the map.

“We only had six weeks notice, and his office said it was impossible for him to attend. However, we knew what schedules are like – things change – so we didn’t give up. We kept his office posted about our progress to keep us in their minds. Then one day they called and said Tony would like to attend.

“It was a great example of being persuasive without being annoying!”

Such insights provided fascinating fodder for the audience, who benefited from the advice and tips Kanya shared, all of which she has learned first hand during her career.

Audience member Abraham Ali, who studied Social Work at London Met, came to the talk in search of advice on how to get through difficult times in business. He said: “I now own and operate a small housing association, but I often face challenges and worry about how I can get through them.

“Listening to Kanya talk was really inspirational. Her passion and determination to never give up was really motivating and I have picked up a lot of ideas.”

For Adriana Pelham, who earned a Graduate Diploma in Law from London Met’s Faculty of Law, Governance and International Relations, the appeal of the evening was to find out more about Kanya’s extraordinary journey.

“Her life story was my biggest motivation for coming,” Adriana said. “I heard an interview with her on the radio and thought that she was an incredibly inspiring woman. The talk was really interesting and it was nice to be able to ask so many questions and get real, practical advice in return.”

The Alumni Association at London Met holds regular events to bring previous students and graduates together and provide new opportunities for them.

Find out more about the Alumni Association here. 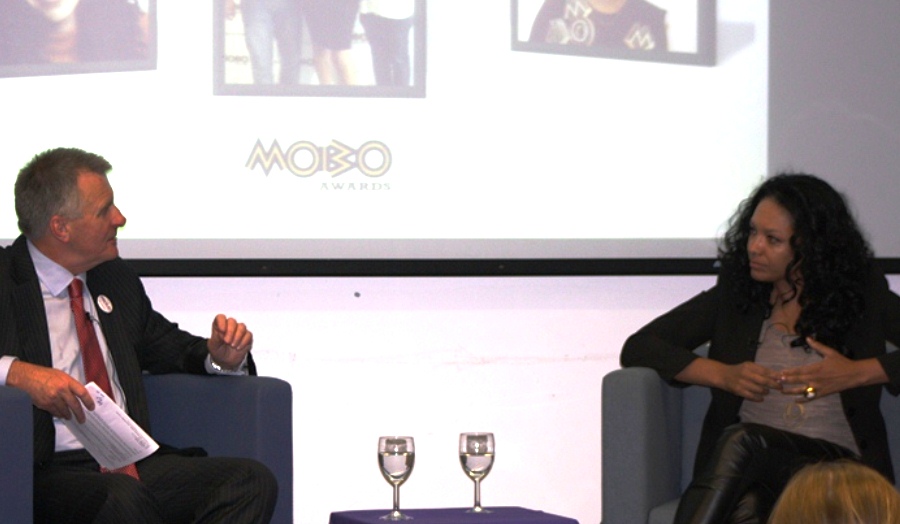