The conference is the idea of Cass lecturer Bob and Roberta Smith (image by Kevin Allen, 2013)

Staff and students from the Sir John Cass Faculty of Art, Architecture and Design are involved in what promises to be the art event of the year.

With less than three weeks go to, finishing touches are being put to the Art Party Conference 2013 programme, which features contributions from dozens of artists including Bob and Roberta Smith, Mark Wallinger, Jeremy Deller and Cornelia Parker.

Serving as an antidote to the recent political conferences, the Art Party will act as a forum for debating the future of the arts in today’s climate of spending cuts and changes to the education system. The Art Party, which is not aligned to any political party, hopes to influence decision makers to think again about their approach to the arts.

The Conference is the brainchild of Cass Associate Professor Bob and Roberta Smith, and co-organised by him with Scarborough’s Crescent Arts.

“It’s going to be an extraordinary national event,” said the BA Fine Art lecturer.  “We want to ask three vital questions: What first turned you onto art? How do you think art should be taught in schools? Why do you think art is important?

“It’s going to be a place where people can have their say, take a stand, have a rant, and tell us exactly what’s going on in their world in the arts. With so much creativity on offer, it’s going to be serious fun.”

With the artists working until the eleventh hour to finalise their contributions, and additional events being added daily, the complete programme is still being developed. Confirmed events include a beach parade, live performances and film screenings. More information on the events can be found on The Cass website.

Cass Film and Broadcast Production students from the WeMakeFilms studio are also working with Director Tim Newton on The Art Party Road Movie, a film that will capture the event as a great legacy and for future distribution to promote the arts and education.

The event is the first of its kind and will take place on Saturday 23 November 2013 from 2pm to 2am in Scarborough, North Yorkshire, hosted by the Spa Conference and Entertainment Venue.


Find out more about The Cass 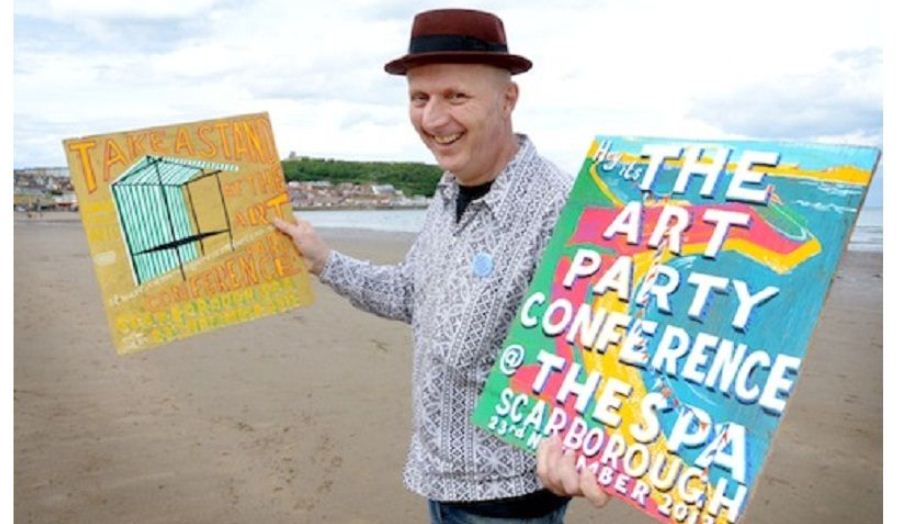