Alumnus wins Grand Prix News from the School of Art, Architecture and Design

Vernes Causevic has recently been honoured with the most prestigious architecture award in Bosnia and Herzgovinia (BiH). He was awarded the Collegium Artisticum GRAND PRIX as co-author with Sarajevo based Filter Arhitektura -of ‘Badel ‘Unblocked’ Block’, a proposal for, a seven hectare mixed-use redevelopment of a post-industrial urban block in the city centre in Zagreb.

Since graduating from the RIBA (Part II) Professsional Diploma course (Where he was part of the FREE UNIT led by Professor Robert Mull) two years ago, Vernes has continued the project he initiated there 'Sustainable Return' to Bosnia and Herzegovina in a number of ways.

This has included running a 'live project' for a 'Business Centre' in the post-industrial town of Bratunac through the ASD (Now Cass) Projects office, which is awaiting funding to proceed. Winning first prize, in collaboration with London firm Urban Sense Architects Ltd, for an international competition to design ‘Kotor Bay’ Hotel in Montenegro, and winning second prize for the ‘Badel ‘Unblocked’ Block’ international ideas competition.

Talking about his success in the Grand Prix, Vernes said,

"For such a young group of architectural designers to earn this commendation gives a positive message to all young professionals in BiH and represents a desire for progress, which I am proud to be a part of." 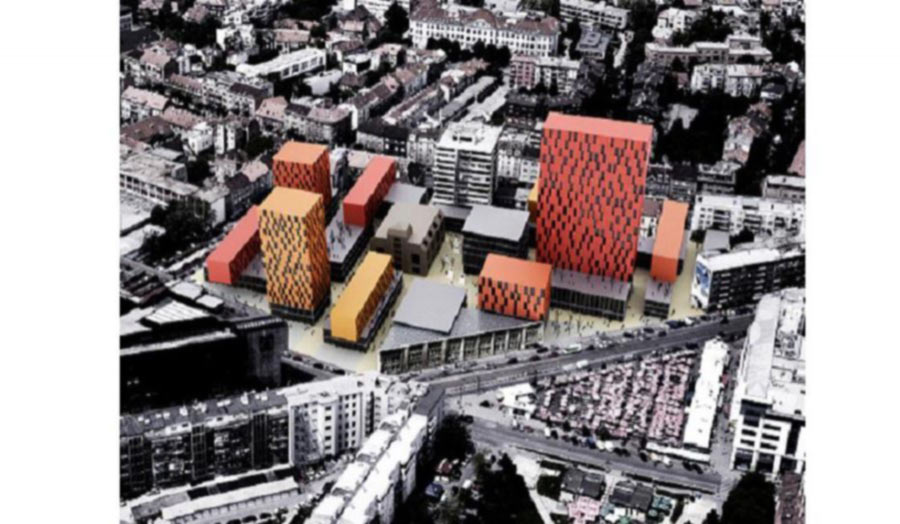