Furniture and Product Design student Charles Mugisha has won a competition run with the City of London Corporation.

Furniture and Product Design student Charles Mugisha has won a competition run with the City of London Corporation to design temporary installations that will celebrate the forthcoming reworking of the Aldgate area.

“The City of London could not be happier with the number and quality of the proposals put forward by the Cass students. The furniture designed by Charles offers welcoming and intimate spaces in an area which is changing and developing a strong new sense of identity. Design interventions like the Lotus Bench are an important part of marking this change, and defining what the area will be. We look forward to working with the University, its students and the local people over the coming years"

The competition for students of the Cass, London Metropolitan University, was launched by CASSprojects and the City of London Corporation in January. The shortlisting panel consisted of Robert Mull (Dean, The Cass), Aidan Walker (Curator and Writer), Victor Callister (Assistant Director, City of London) and Rob Oakley (Head of Access, City of London).

The shortlisted entries were presented at a recent Aldgate Public Realm Working Group meeting, where Aldgate stakeholders including the Whitechapel Gallery, Sir John Cass’s Foundation, Sir John Cass’s Foundation Primary School, Transport for London and Corporation of London Highways, Open Spaces and Environmental Enhancement departments all voted for the piece they would like to see installed in Aldgate.

Third year degree student Charles’ design was commended for its adaptability to the varied site locations and the convivial experiences the seating patterns provide. The committee also enjoyed the chairs’ elegant responses to the surrounding urban fabric.

"Charles’ giant domestic chairs perfectly capture the interplay between different scales of practice that is possible in the CASS.  His proposal brings furniture and urban design together making  a generous contribution to the city and its occupants. We are delighted that our neighbour the City of London gave our students this opportunity and look forward to working together to help shape the Aldgate area in the future."

The Lotus Bench will be installed at the end of April, adding to the existing pieces that signal the beginning of the major reworking of the Aldgate area. The public realm improvements include the removal of the one-way system and roundabout, with a new urban park and pavilion/café in its place, and are due for completion in 2016.

Charles’ piece will join the existing high profile red installations in and around the area, and form part of the strategy to mark the changes bringing a new sense of place and reflect the existing communities. Proposals to enliven the new Aldgate public space include events from tea dances to dog grooming lessons!

During the entries review, two projects were noted by the judges for their cross-disciplinary response to the Aldgate public realm – ‘Urban Knitting’ and ‘Public Open Studio’. These projects were also presented and keenly received by the Aldgate Arts and Events committee. They will be developed as area wide community projects that link the interventions together and highlight the impact of the initiatives. We look forward to announcing more news on those projects shortly. 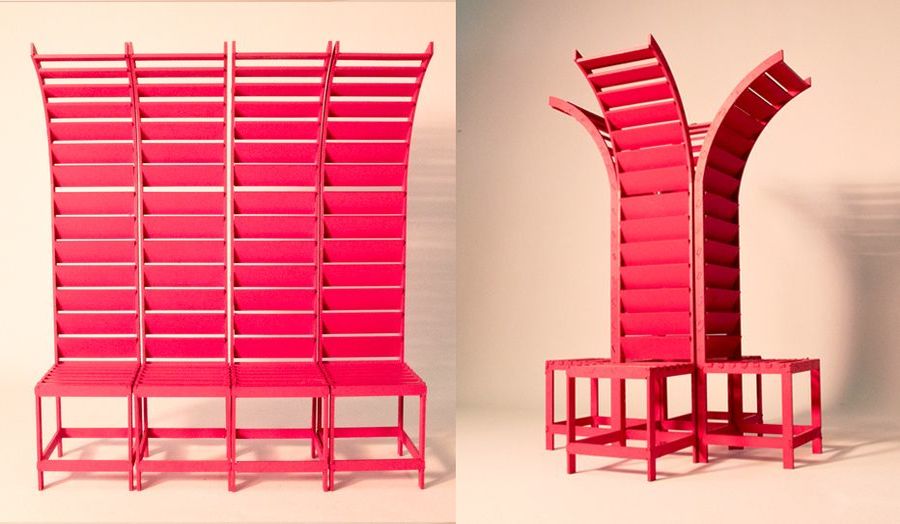 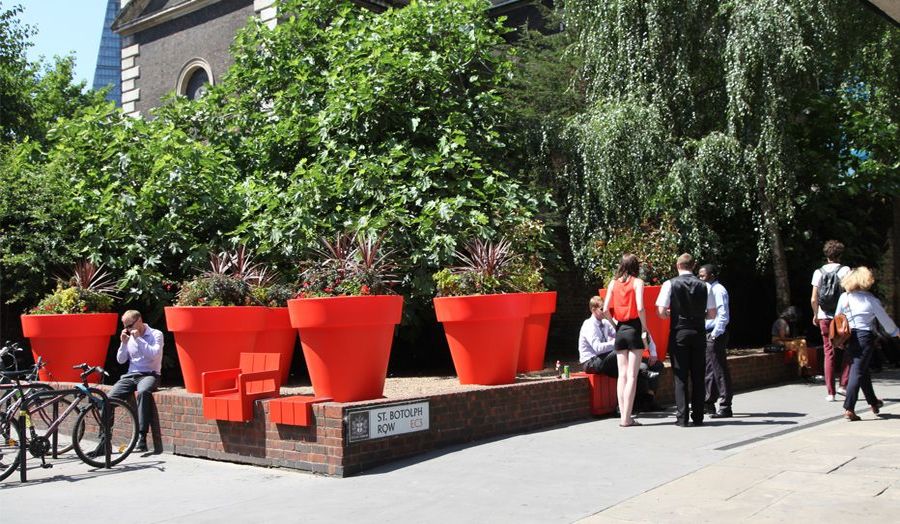 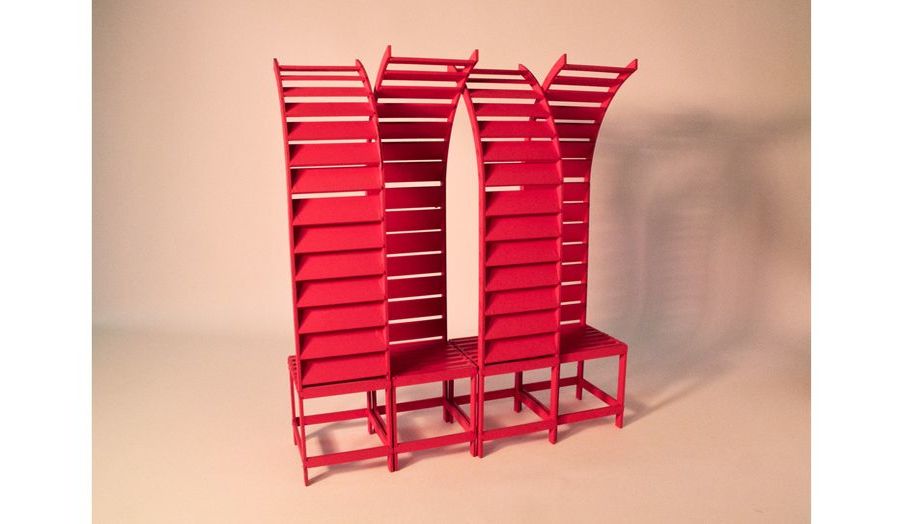 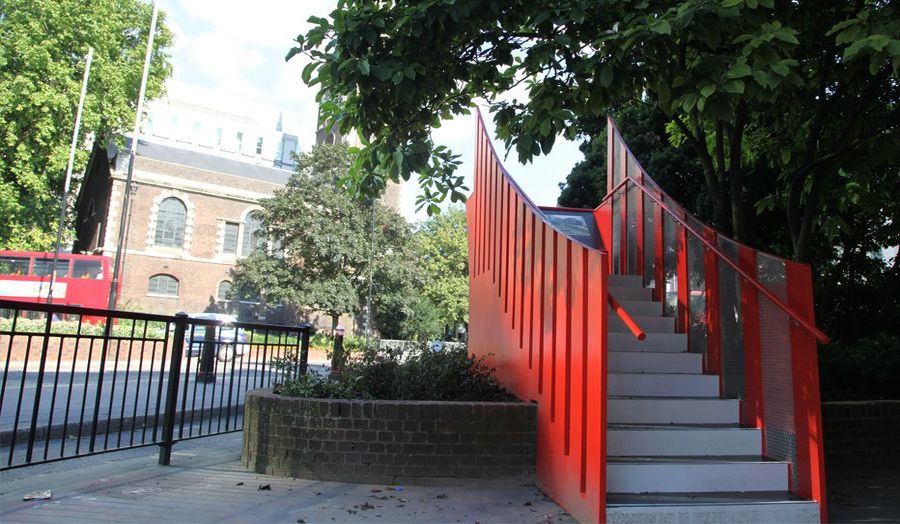 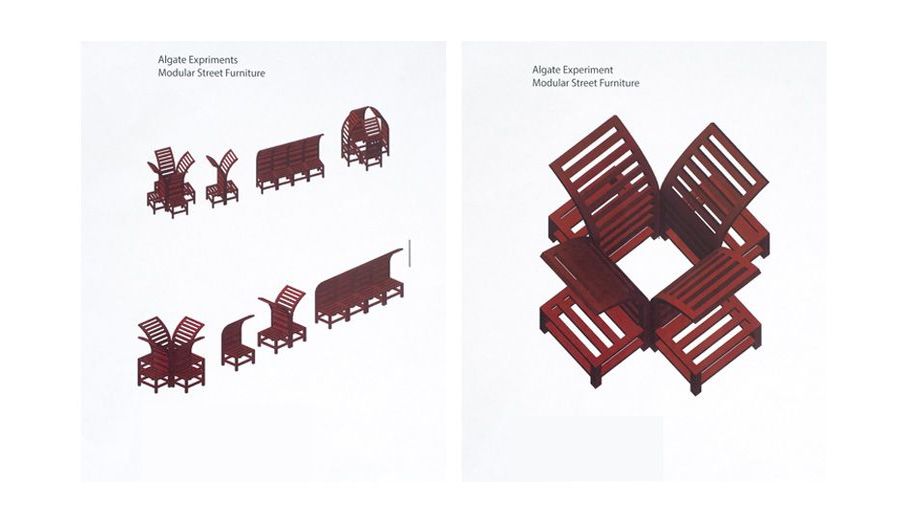