Hubble, an online platform for flexible office space, launched the Office of the Future Awards (HOFFAS), to recognise the growing need for flexible workspaces across London.

Accelerator, based in Hoxton, Shoreditch, won the Community Focus Award in recognition of the work the team do to build young tech start-ups in London.

Toby Kress, Head of Accelerator, said: “Winning this award is a huge achievement for the Accelerator and it’s really pleasing to see the work that we do being recognised by other tech businesses.

“I am really proud of the Accelerator team and all they have achieved.”

Accelerator is home to 30 early stage tech companies who use and operate from the space. The incubator underwent a refurbishment project in September 2018 and the team have a wide range of skills and expertise to suit the client’s needs.

They also offer a range of programmes, competitions and initiatives to work with London Met’s students and staff to help turn their business ideas into a reality. The team work with around 1500 students each year and help develop 150 ideas, many of whom go in to launch their start-up with University support.

A key selling point of Accelerator is its prime location and in depth support at an affordable rate. The incubator was awarded Exemplar status by the Small Business Charter in recognition of this work.

The HOFFAS were judged by a panel who have a range of experience working in start-ups. The panel included Tushar Agarwal, CEO and co-founder of Hubble; Juliette Morgan, Head of Campus at British Land; and Dara Huang, Founder of Design Haus Liberty as well as many more.

Tushar Agarwal said: “Ten years ago, the prediction was the death of the office. The rise of technology and flexible working meant that the ‘corner office’ set-up was becoming obsolete. Since then, the entire sector has been turned upside down and London has been the driving force in completely re-imagining what an office looks like. Now, our workspaces are more important than ever and with these awards, we have been able to reward the unsung heroes transforming the industry.” 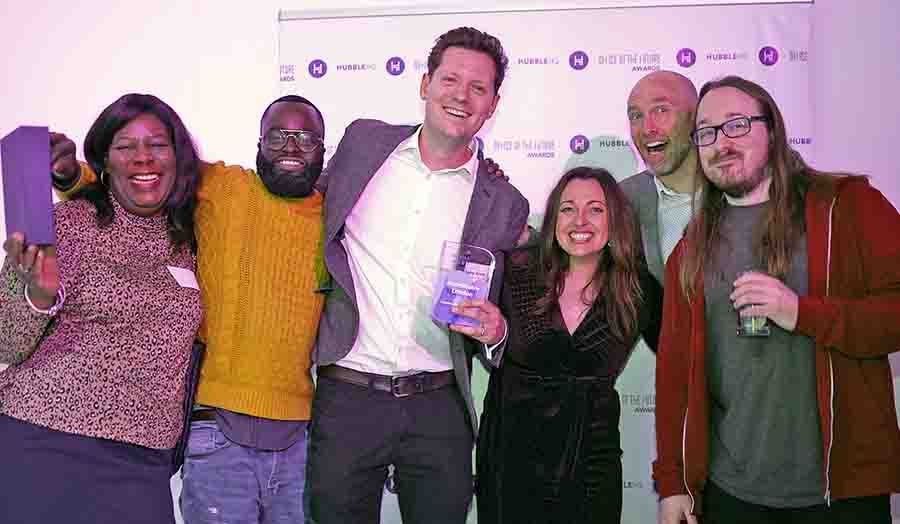