Academic to abseil off Orbit to raise money for Nepal News

Dr Hazel Messenger is terrified of heights, but wants to do what she can to help the people of earthquake-hit Nepal.

Hazel (second from left) on a recent visit to Nepal

An academic at London Metropolitan University is facing her fear of heights to raise money for the victims of the recent Nepal earthquakes.

Dr Hazel Messenger will abseil down the ArcelorMittal Orbit - the iconic structure of the London 2012 Olympic Games – on 3 June.

Dr Messenger is the course leader on London Met’s Master’s in Business Administration (MBA) and works closely with the University’s partner institution, Islington College Nepal, based in Kathmandu.

In 2014 she travelled to Nepal to support the College set up its MBA course. Hazel was moved by the aim of her Nepali colleagues to encourage local students to stay in Nepal after their studies and contribute to the development of the country.

For Hazel, the project was more than just work; she witnessed the reality of life in Nepal and built relationships with people who have the same passion for making a difference as she has.

In 2015 she returned to Kathmandu, which only strengthened her bond with the college and country alike.

It’s no surprise, then, that Hazel felt personally affected when the earthquakes hit the country just a few months later.

“It is not the temples and palaces that have my attention, but the ordinary people living their lives in cities, villages and mountains,” she says. “I want to know what has happened to the family I met near Nagarkot. I cannot imagine the terror of the people during the earthquakes, plus the ongoing fear of what the future might, or might not, bring.

“That is why I am going to abseil from the Orbit. I have to do something that scares me to feel at least a fraction of the fear that people of Nepal are experiencing right now.”

Given London Met’s strong links with Nepal, the University community has launched a fundraising campaign to contribute to the Disasters Emergency Committee’s Nepal Earthquake appeal. Events will be running throughout the year, with a major fundraising event taking place on 18 June.

You can support Hazel by donating at her JustGiving page. 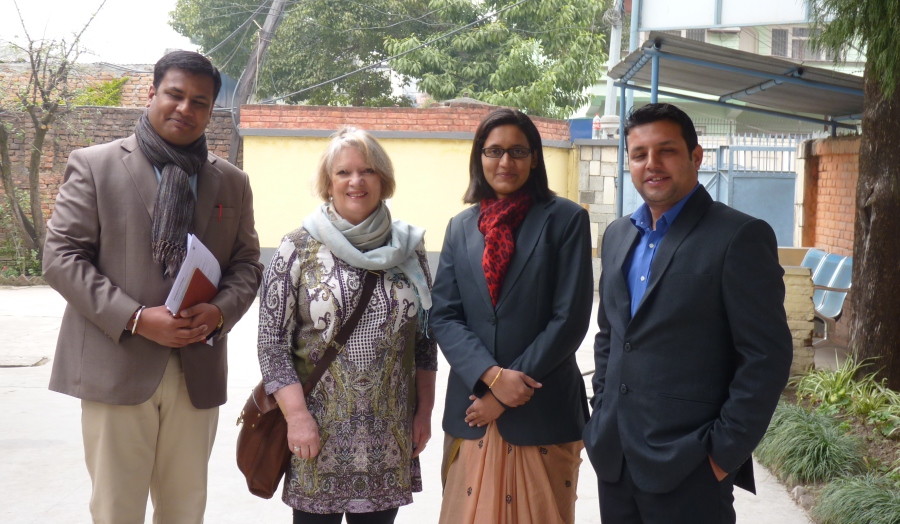