An obituary for Matthew Sweeney.

The poet, Matthew Sweeney (born 1952), died on 5 August in Cork after suffering from motor neurone disease for a number of years. He was a member of Aosdána, an Irish association which honours outstanding contributions to the creative arts.

He moved to London in 1973 and studied English and German at the Polytechnic of North London (one of London Met’s predecessor institutions) from where he graduated in 1978. He was inspired by a connection he saw between the Irish and German traditions, saying later in an interview: ‘One important experience that makes me write as I do is having done a German degree in what was then the North London Polytechnic.’

Naturally international in outlook, Sweeney was one of the most widely translated Irish poets of his generation, with translations of his work available in German, Hebrew, Dutch, Italian, Japanese, Latvian, Mexican Spanish, Romanian and Slovakian. In April this year, he launched his most recent collection of poetry, My Life as a Painter, at the Cork World Book Fest. In addition to 14 adult poetry collections, he also wrote engagingly for children.

Matthew Sweeney was also a great inspiration and support to young poets. Mary Noonan, the late poet’s partner and former lecturer in French at London Met, said he was like a ‘magnetic forcefield’ who drew poets together and gave himself fully to his art. In 1996, he was the first ever guest writer on the long-running Irish Writers in London Summer School at London Met. Its Director, Tony Murray, said, ‘We couldn’t have chosen a better writer to launch the course. Matthew was an inventive and engaging poet who provided an impromptu workshop for the students who were all captivated by his invaluable advice and playful approach to creativity.’

Asked recently what he would like his legacy to be, he said, ‘Mostly what awaits the poet is posthumous oblivion. Maybe there will be a young man in Hamburg, or Munich, or possibly Vienna, for whom my German translations will be for a while important — and might just contribute to him becoming a German language poet with Irish leanings.’

Matthew Sweeney was buried in Clonmany, in his native County Donegal. 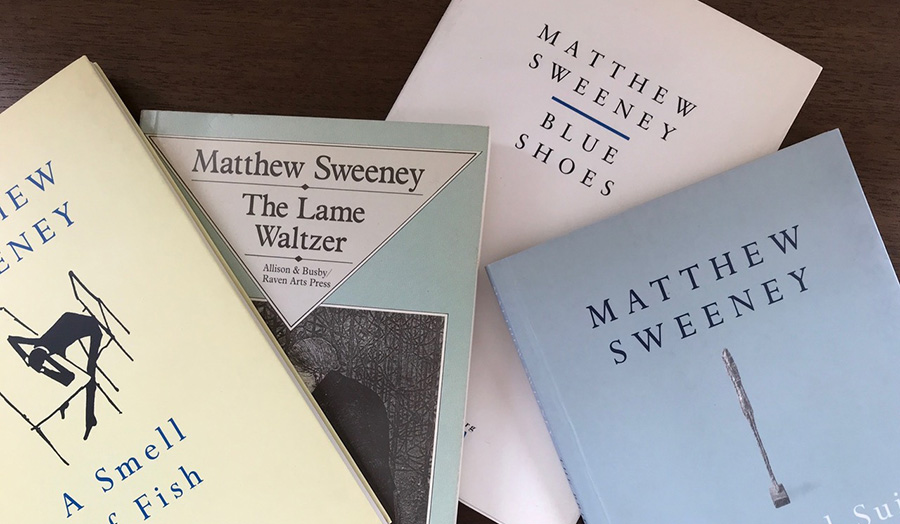