The virtual reception, recorded at the Irish Embassy, to commentary the anniversary.

The Ambassador of Ireland, Adrian O’Neill, hosted a virtual celebration at the Irish Embassy to commemorate the occasion.

This year, the Irish Writers in London Summer School, which takes place annually at London Met, is celebrating its 25th anniversary. To celebrate this important anniversary, the Ambassador of Ireland, Adrian O’Neill, hosted a virtual reception at the Irish Embassy on 27 May 2021.

The reception saw London Met’s Professor Don Macraild, Pro Vice-Chancellor for Research and Knowledge Exchange, introduce the event, which was followed by readings from writers Martina Evans and Lucy Caldwell, and a screening of the documentary, The Shortest Way to Tara: 25 Years of Irish Writers in London Summer School. The reception ended with a conversation between Lucy Caldwell and the Director of the Summer School, Dr. Tony Murray.

The virtual reception in its entirety can be watched on YouTube.

First established in 1996, the Irish Writers in London Summer School provides an informal but informed setting for participants to read and discuss contemporary Irish literature. It's also an opportunity to explore the different relationships writers have with place and identity, whether born in Ireland or of Irish descent.

Due to continuing pandemic restrictions, the course will be delivered online this year.

This year’s guest writers are:

Kit de Waal, author of The Trick to Time, a novel about a young female Irish migrant in Birmingham which explores grief, longing and a love that lasts a lifetime.

Lin Coghlan, who has written widely for radio, film, television and theatre, including a recent radio dramatisation of Edna O’Brien’s The Country Girls.

Peter Flanagan, a journalist at the Irish Times who has written extensively on the Covid-19 crisis and the impact of Brexit on the Irish community in Britain.

Maria C. McCarthy, a poet, writer and performer whose book  As Long as it Takes, offers a collection of interwoven tales about Irish women in England in the mid-20th century. 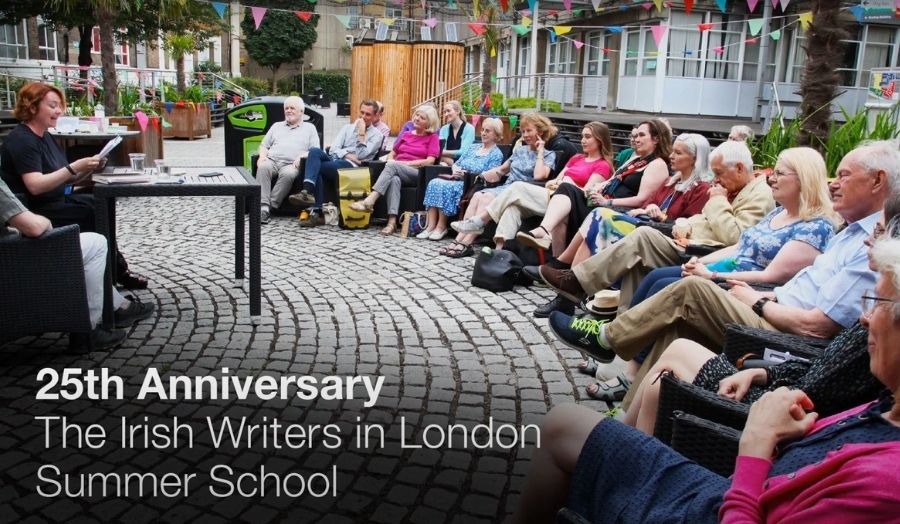