General Secretary to the United Arab Emirates’ Deputy Prime Minister and Minister of Interior is awarded doctorate at the University's winter graduation ceremony.

Major General Nasser Al-Nuaimi, the General Secretary to the United Arab Emirates’ Deputy Prime Minister and Minister of Interior, has graduated with a PhD from London Metropolitan University.

Major General Al-Nuaimi is one of 1,300 graduates celebrating their achievements with their family and friends at the University’s winter graduation ceremonies held in London’s iconic Barbican Centre.

Major General Al-Nuaimi’s graduation ceremony was attended by Ambassador Almutaiwee, the UAE’s Ambassador to the UK and former Director-General of the Dubai Chamber of Commerce.

A former General Director of the Office of the Minister for the Interior, Major General Al-Nuaimi has also previously been Head of Police in Abu Dhabi having served several years on the front-line.

Naturally, Child protection was the subject of Major General Al-Nuaimi’s thesis titled “An investigation into parental attachment, child protection strategies and other risk factors associated with delinquency and criminal behaviour among young offenders in the UAE.”

Professor John Gabriel, Dean of the Faculty of Arts and Humanities commented: “I am very proud of all our graduates. As they graduate we tell them they will always be part of the London Met family.

“Major General Al-Nuaimi’s achievements at London Met, clearly show that we are an international university in one of the world’s most international cities and committed to improving social policy and learning from experiences across the world.”

Major General Al-Nuaimi already holds a Law degree from UAE University and a Masters in International Law from the American University in Washington DC.

Outside of education and public service, Major General Al-Nuaimi is passionate about animal welfare and animal rights. He has established a private zoo, linked to Chester Zoo in the UK, which is involved in a number of captive breeding programs of endangered wildlife. 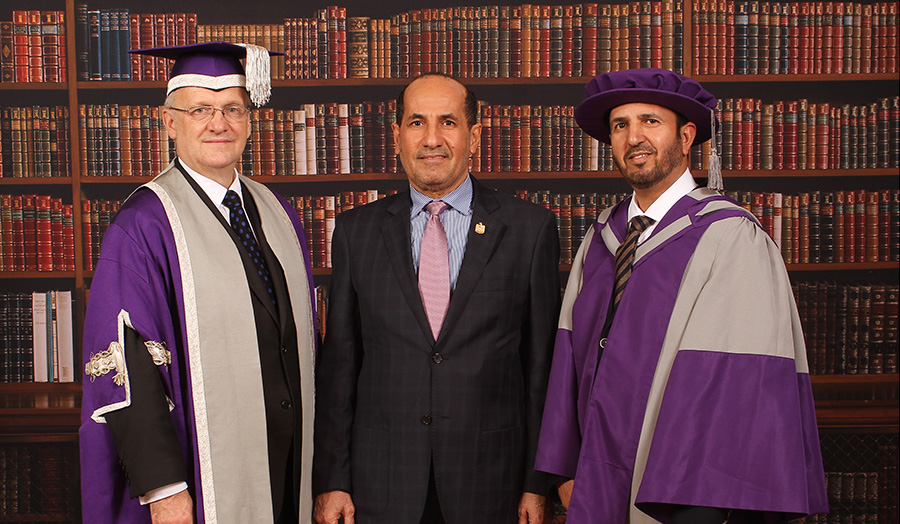