As the United States prepares to welcome its new President on 20 January 2017, a new book has been written which will reflect on the impact Barack Obama had as President.

The Obama Presidency and the Politics of Change consists of 15 chapters, each focusing on a different aspect of Obama’s presidential impact. Dr Andrew Moran, Associate Professor of International Relations, wrote a chapter titled Barack Obama and the Return of ‘Declinism’; Rebalancing American Foreign Policy in an Era of Multipolarity.

It considers the legacy of President Barack Obama and whether his foreign policy has successfully repositioned America within a rapidly changing global landscape. The chapter argues that in the aftermath of the difficult and divisive presidency of George W Bush, Obama has gone some way to restoring America's credibility whilst acknowledging the limitations of America's power as it finds itself challenged by the rise of new powers, such as China, and the dangers posed by non-state actors, such as ISIS.

Dr Moran said: “Many argue, not least President Elect Donald Trump, that Obama accepted America's decline in the world. I would disagree. Obama's policy in fact constituted a challenge to declinism.

“As his presidency comes to an end, America still had the world’s largest military force; it can project its power like no other state on earth, whether hard or soft. It has many of the world’s leading universities, multinational corporations, and the dollar is still the preferred currency of the world. As Obama himself puts it, ‘Anyone who tells you that America is in decline … doesn’t know what he is talking about.’”

You can find out more about the book on the publisher’s website as well as buy individual chapters. 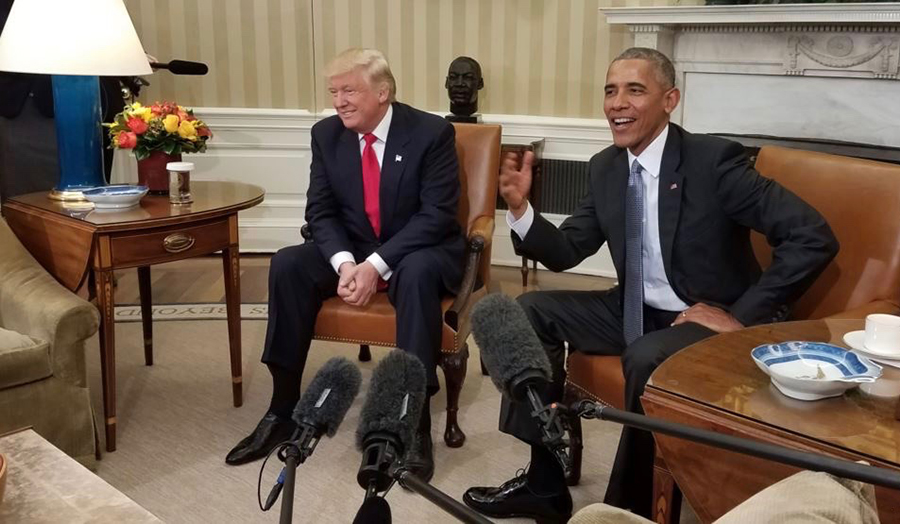