MBA and MA students give motivation talk by Guildhall alumnus

Maria Alavi, a Guildhall MBA alumna, and now head of Commercial & Small Business Relationship Management at the West End branch of Clydesdale Bank, hosted a motivational and networking event for students on the MBA and the MA Management, Strategy and Leadership.

A key feature of the event was the talk given by David Clarke, the manager of the bank’s business and private banking centre in St Albans. As well as being a highly experienced banking professional, David was, until 2012, captain of the England blind football team, representing his country 144 times and scoring 128 goals across a 17 year career, and participating in eight Euro championships, five world championships and three Paralympic games including London 2012.

Accompanied by his dog Ned, David spoke passionately about his career, and emphasised that his success was due to hard work and having independence of spirit. He advised the students to approach every day as a new opportunity, and that working with people involved getting to know them and liking them.

The MBA and MA students were unanimous in their appreciation of the event, and commented that David had shown them that commitment, tenacity, drive and integrity were the factors that would enable them to have successful futures. 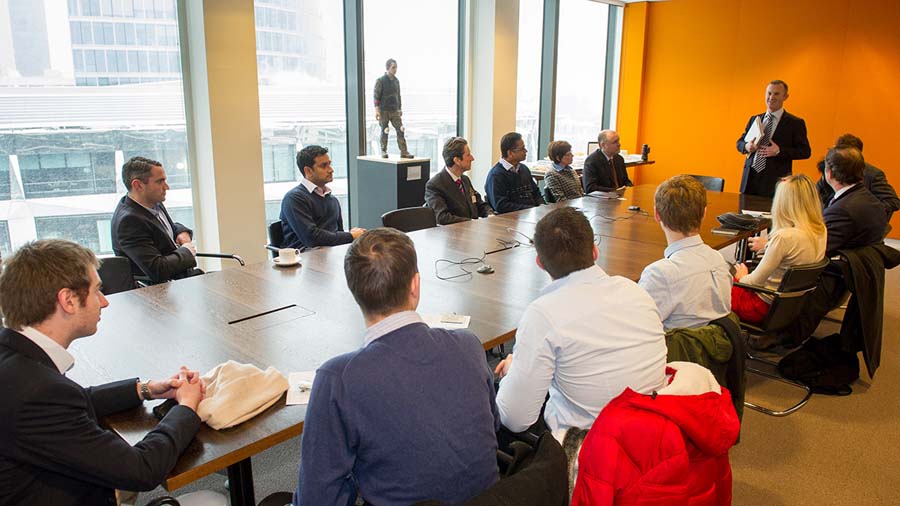