London Metropolitan University sealed victory over the School of African and Oriental Studies (SOAS) in its first ever Varsity event, which saw students from the two institutions take part in 24 hours of good-natured competition.

London Met, which hosted the competition, won the Varsity by 14-7 following a thrilling 24 hours of sport featuring 24 different activities.

The event was organised by London Met’s Students’ Union, supported by the University’s One Campus, One Community project, and highlighted the fantastic talent and enthusiasm within the student body.

Students’ Union President Florence Onwumere said: “I am so proud of how the Varsity was carried out and by everyone who made it such a success. Hopefully this is the first of many to come.

“This will really put London Met on the sporting map and shows how we can carry ourselves with pride as a University which is capable of achieving great things.”

For Florence, one of the highlights of the varsity was the basketball competitions, in which both the women’s and men’s London Met teams triumphed amid electric scenes.

“Both teams played so well,” Florence said. “I lost my voice from cheering so much!”

Nick Francis, a Students’ Union hub worker and BA Film and Broadcast Production student, said: “In all my years at the University, this Varsity was the single biggest spectacle I have seen. I can't think of another event that resonated a 'community' feel among the students like this did. The atmosphere at the games was electric and all in all it was an incredible experience.

“Even as a Film student, from a media perspective, I felt part of the teams and loved it! We as a University really need to continue to build on the momentum of this quality event, and keep building and building our student experience outside of the classroom to an exact standard or higher.”

The Varsity was open to the whole of the London Met community, and everyone received a free T-Shirt sponsored by the One Campus, One Community project, featuring the hashtag #OneCommunity. 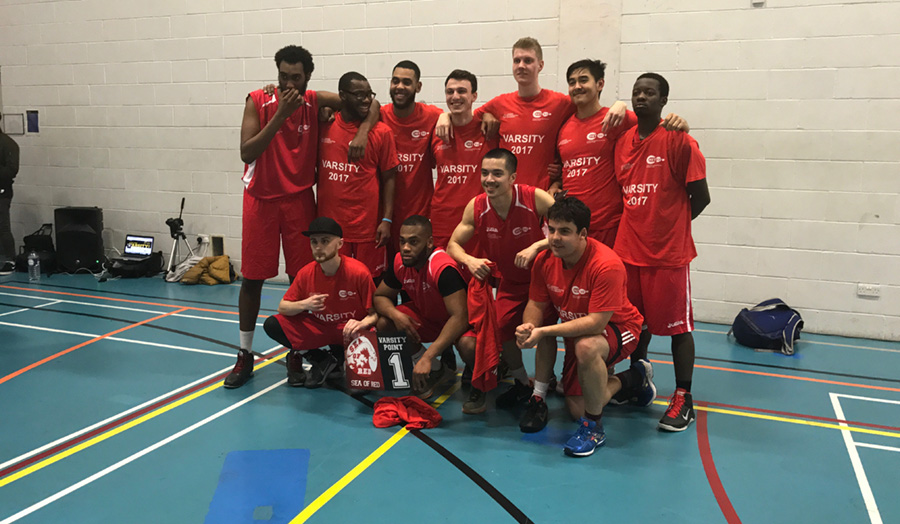