Julie Howell, Director of Libraries and Student Services, is set to swap the Learning Centre for law courts after retiring from London Met.

Julie Howell, Director of Libraries and Student Services, is set to swap the Learning Centre for law courts after retiring from London Met.

Julie, who worked at the University for 34 years, has recently been sworn in as a magistrate.

“I have lived in Islington for 21 years and have worked here even longer, but now I want to give something back”, said Julie. “I’m always looking for new challenges and I’m sure being a magistrate will provide them!”

It was in 1978 that Julie started her career at London Met. Based at Ladbroke House at what was then the Polytechnic of North London, she was appointed Subject Librarian for Sociology and Applied Social Studies.

Over the following years Julie rose through the ranks, taking on further collections as the University grew. In 2002, when the University of North London joined with Guildhall University to create London Met, she found herself responsible for five libraries.

Many of the innovations that have taken place in the University’s library services have been down to her vision and understanding of the need to change in the sector.

“Libraries have changed immensely over the years”, she said. “The move to digital has transformed the way people use libraries and we have to stay one step ahead to adapt to that.”

So how does Julie see libraries developing in the future?

“The big trend I can see is a rise in data management. This is something that more and more libraries are tapping in to. Open access and self-publishing are also going to be major issues. Ultimately I think it’s important to constantly consider how we help students get what they require from libraries in an ever changing world.”

Despite a career among the bookshelves, Julie is not going to stray too far from libraries in her retirement. A passion for ancient and Native American history means she is planning on undertaking historical research in her spare time.

“I think I’ll be making lots of trips to the British Museum to listen to talks on Roman archaeology and Egyptology! I also hope to travel to some of the major Native American sites and develop my knowledge in this area too.”

History isn’t Julie’s only interest though. A keen singer, she performs in two community choirs and even sang at the Opening Ceremony of the London 2012 Paralympic Games. She hopes to do even more singing in the future, as well as pursuing another passion - dance.

“I like doing zumba as it’s a great way to exercise, but I also enjoy a lot of jazz and contemporary dance. I’m also thinking of doing some belly dancing”, she said.

Despite having an action-packed retirement in store, Julie says she will miss her role at London Met, a job she recalls with great fondness.

“I’ve really enjoyed my time here, the University has always been very good to me and I will miss my colleagues. However I am reconciled to retiring. You reach a time where you think ‘I want to do something else’, whilst there’s still time to do it!

“Also, you have to step aside for younger colleagues who will have their own contributions to make.”

We wish Julie the very best for her well-earned retirement. 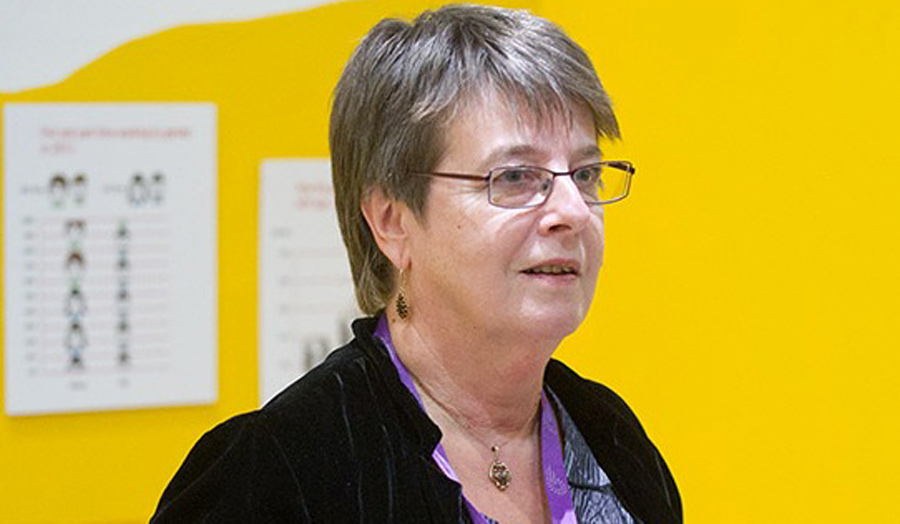