London Met’s Freedom Fundraisers get ready for their biggest event of the year.

The London Met fundraisers have had a great start, already raising almost £2,000 from bake sales, Henna tattoos for International Women’s Day and a vertical race up the Tower Building during Green Week.

They are now busy organising Live @ the Catwalk, a big night of fashion, music and comedy, to be held on Tuesday 21 April at the  Backyard Comedy Club in Bethnal Green.

The evening will include stand-up comedy acts from top comedians, live music, an interactive fashion show and runway, a live charity auction and raffle with great prizes up for grabs. Students attending the event will receive 20% off food and drink throughout the evening.

Nick Francis, a Film and Broadcast Production student who is in charge of organising the event, said: “This will be the biggest event of the year and we are very excited about it. Last year we entered a similar competition for the Princes Trust, which stretched across the UK, and we won that!”

“Our aim is to try and raise £5,000 this year, which is slightly higher than the winning team raised last year.”

Your chance to get involved

“We are still growing our excellent team and welcome anyone who fancies themselves a bit of a philanthropist,” added Nick.

The competition offers a great opportunity for students to get involved by joining the collective fundraising initiatives or organising an event of their own, adding invaluable experience to their CVs.

“Our aim is to create something fun and provide new experiences to everyone,” said Nick. “It's truly a great opportunity to grow and be part of a great team of like-minded people.”

Last year, students from London Metropolitan University were named the UK’s top fundraisers in a competition run by The Prince’s Trust. Over £2,000 was raised making a real difference to the lives of disadvantaged young people across the UK.

You can get your tickets to Live at the Catwalk from Tahera Huda in MG3-09 (Moorgate, City campus).

Click here to for more on the London Met Freedom Fundraisers. 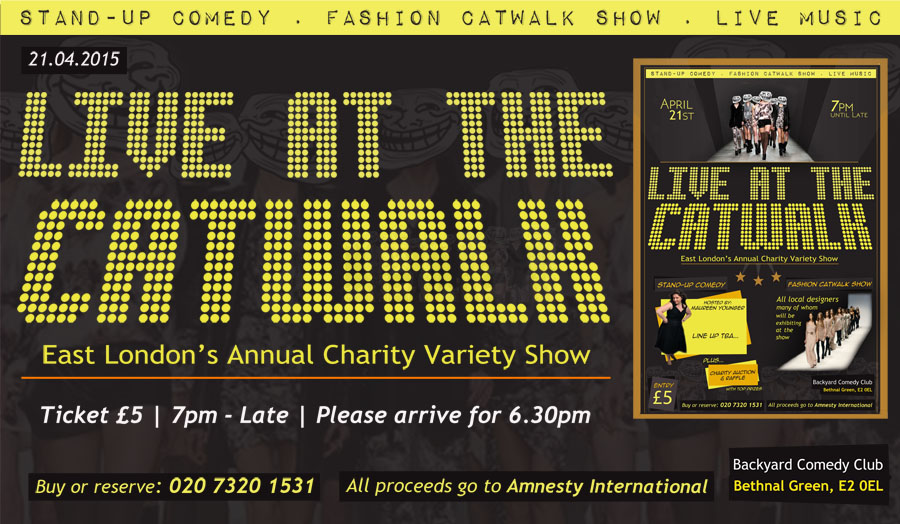