IT IS PROBABLY BETTER TO START FROM ZERO #1.1 Georgia Spickett-Jones News from the School of Art, Architecture and Design

IT IS PROBABLY BETTER TO START FROM ZERO is a long term curatorial and artistic project taking place in the Window Space, at The Cass School of Art, Architecture and Design.

IT IS PROBABLY BETTER TO START FROM ZERO is a long term curatorial and artistic project taking place in the Window Space, at The Cass School of Art, Architecture and Design, London Metropolitan University from December 2015 to July 2016. The project intends to highlight the unfixed position of both artistic and curatorial practices and to assume them as research-based activities, potential nexus for discussion, critique and production. Through working with artists whose body of work functions as an ongoing process, the project aims to stress the growth, complexity and diversification of collaborative practices. The unpredictable state of flux inherent in artistic practice will shape the curatorial activity as a constant ”state of becoming”, as stated by the artist and curator Paul O’Neill. Inspired by the particular properties of the Window Space, the project will also look at the window as a frame of process, exploring the constraints and possibilities of displaying a body of work within these spatial and conceptual boundaries.

Each month, the project presents an artist using the Window Space as a catalyst to the production and continuity of their own work. The first manifestation of the project happens through the practice of Georgia Spickett-Jones. Her ongoing practice deals with questions of the fictionalisation of archival material and identity politics. Combining personal stories with cultural histories, Georgia focuses on display as a mediator of  those relationships that exist between subject, object and the viewer. This exhibition is yet another extension of IS IT ARROGANT TO USE THIS HAT?, displayed previously in June 2015 at Wimbledon College of Art, now inhabiting the window to further develop.

Georgia Spickett-Jones (b. 1992, Bristol) uses multiple forms and reflexive methods to consider the limitations of an archival art practice. IS IT ARROGANT TO USE HIS HAT? (2015) is an on-going project using personal artefacts, pseudo-science and curatorial hierarchies to uncover the author as both subject and object. She holds a BA (Hons) Fine Art: Print and Time-based Media at Wimbledon College of Art (2013-2015). 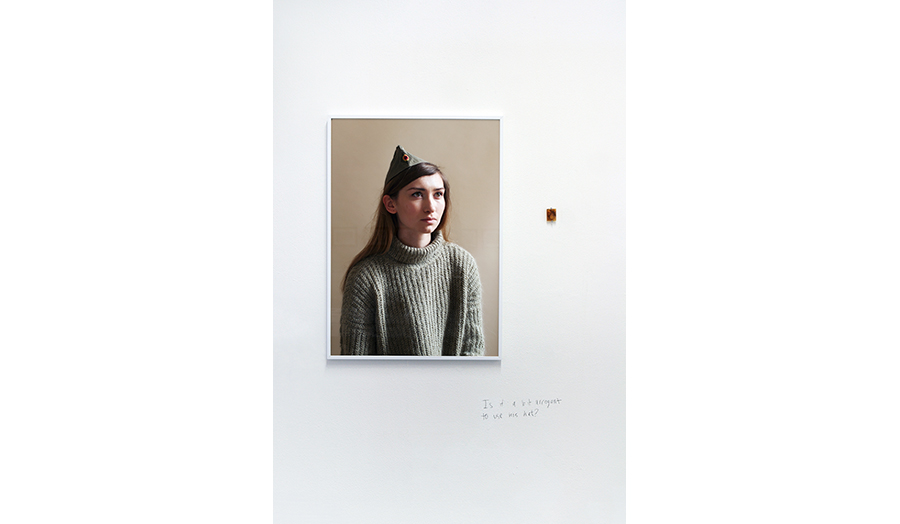