Dominic Hills has worked closely with Hugh Roberts, taking double entendres from Renaissance works and imagining them visually, taking inspiration from Japanese shunga in the construction of his sinuous, erotic, and explicit woodcuts. Prints from Hills’ series have been flyposted in cities including Berlin, London, Savannah, and Basel. Writing about this process, Hugh Roberts makes links with graffiti in early modern France as a space for the spreading of rumour and gossip and frankly misleading information – quoting Montaigne who writes of "those enormous pictures that boys spread about the passages and staircases of palaces. From these, women acquire a cruel contempt for our natural capacity".

Clare Qualmann has worked with Emily Butterworth, exploring the game Chinese Whispers in relation to the spread of gossip and rumour – with its resulting shifts in meaning, and the swift degeneration from sense to nonsense. Through a series of live art games (Chinese whispers) they have experimented with the transformation of texts – from Montaigne’s writing on rumour (the inspiration behind the work) to Sol le Witt’s sentences on conceptual art – tying the project into a twentieth-century art-historical trajectory that foregrounds text in conceptual art practices. The resulting ‘nonsense’ has been set and printed using letterpress, creating a series of prints containing fragments of meaning. 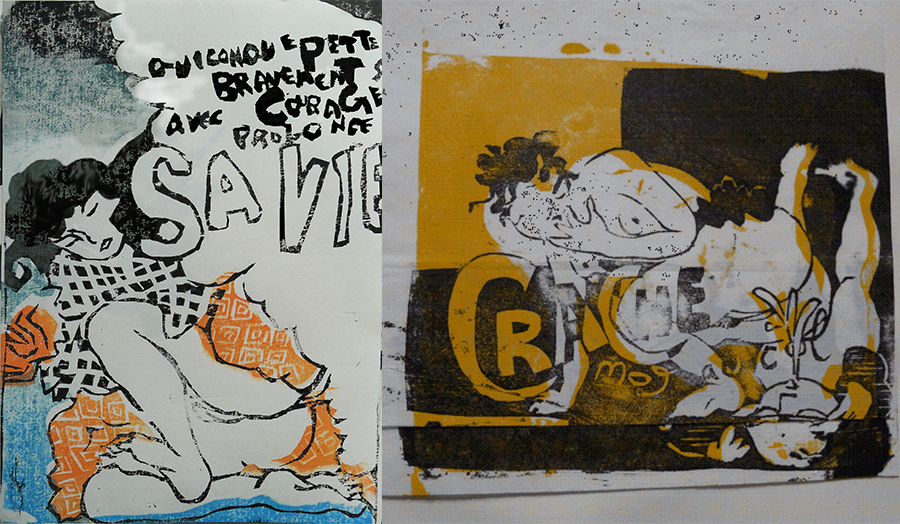