Going Globo News from the School of Art, Architecture and Design

The recent Archive: Imagining the East End exhibition was covered by the broadcaster TV Globo News, the largest broadcaster in Brazil and Latin America who filmed during the opening of the show.

As well as displaying some of the photography in the exhibition the feature includes interviews with exhibitors including MA Photography student Marie Sleigh about her project 'Home Life' and Cass lecturer Heather McDonough about her photo booth project collaboration with Rod Norris. 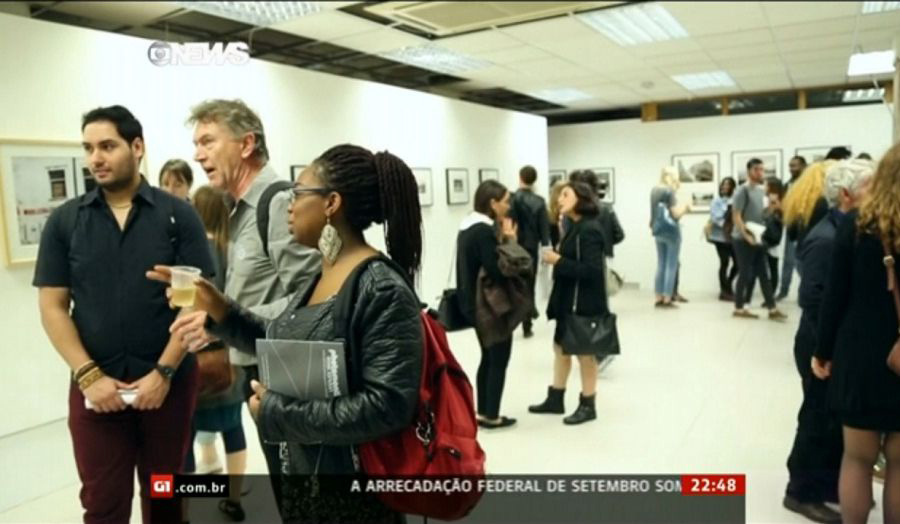