Mueller Alexander  who completed a Foundation Degree in Furniture Making and a BA (Hons) Furniture at The Cass, has been named one of the winners for the New Talent Competition 2016.

Participants submitted current prototypes, close-to-production products, the latest design trends, innovations, experiments and processes. Out of some 200 applications, Alexander and the other winners will receive free exhibition space at the 2016 DMY International Design Festival Berlin.

Alexander's Dahlia collection, a monochrome, solid European ash series produced in collaboration with family-run Italian manufacturer Universal, combines local raw materials and modern engineering techniques with traditional craft. The collection is created using renewable energy sources. Inspired by London’s architecture, Mueller has utilised a simplified line motif to enhance the overall form of the pieces by staining ash frames, which have then been chamfered to reveal the untreated ash below, adding an outline effect to the pieces.

Shortly after graduating in 2013, Alexander won the Heal's Discovers Award for young designers, and in 2014 became a Designer in Residence at The Cass. 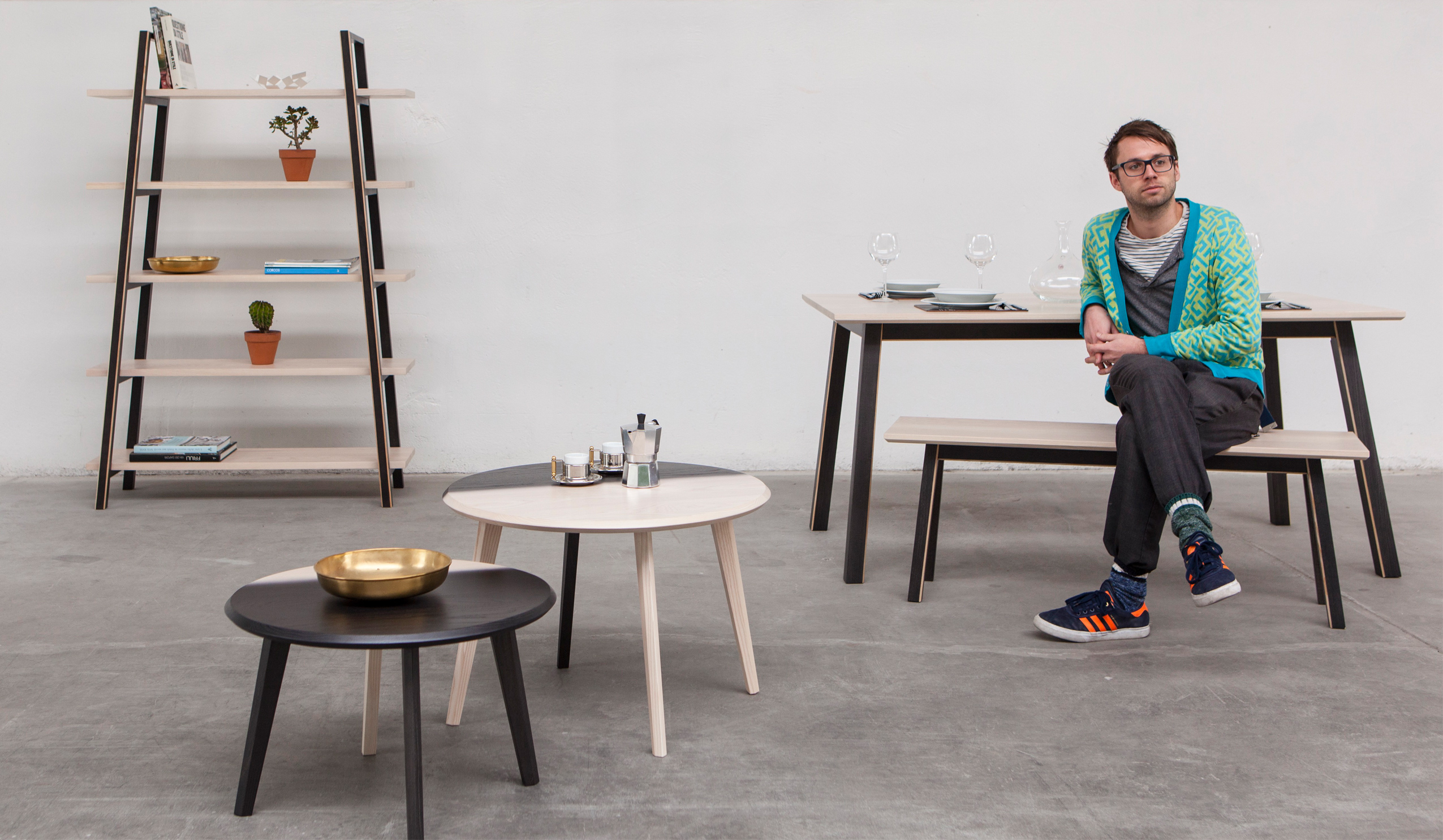