A-Z of Fate News from the School of Art, Architecture and Design

Kieron Baroutchi is a member of The Six Fingers of Fate, a collective of eight artists exhibiting at G511ERY in Seven Sisters.

Each artist took a London A-Z and chose, at random, some coordinates. These coordinates created their individual starting points, from which they would make their way to G511ERY.

The eight different routes provided the artists with the inspiration for the work they would present in the gallery. Eight different stories of chance encounters and contrasting experiences of city life provided the basis for the images on show.

The Six Fingers of Fate

The Six Fingers of Fate is a collective of creative professionals who experiment with how stories can be told.

Each project contains an element of chance, from which the Fingers must draw inspiration. They work from randomly generated beginnings, crafting comics from impossible games of “consequences”. Each member of The Six Fingers of Fate has an individual visual style and the results of each collaboration are both absurd and anarchic.

Kieron Baroutchi has been working in Graphic Design, Illustration, Animation and Printmaking for over 10 years. His work focuses on the endless possibilities of the human imagination. His work tries to capture the fluidity of sketching giving his work a spontaneous and reactive visual identity.

The A-Z of Fate closes this Thursday 30 April. There will be a celebratory Closing Night View, which is open to the public, from 6-10pm. 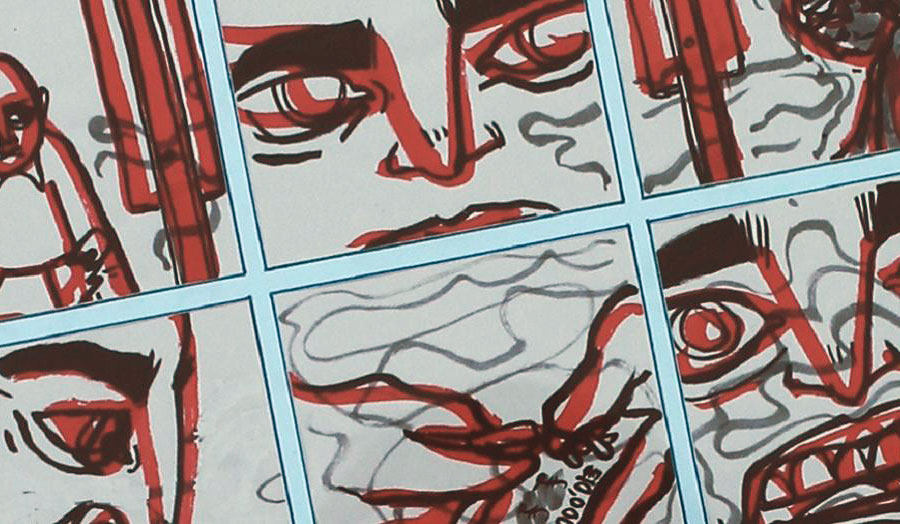