Why The Red Feather?

The Cass is the oldest constituent part of London Metropolitan University. The school takes its name from Sir John Cass, an influential City of London businessman in the late seventeenth and early eighteenth century.

Concerned with the education of the people of the City, he established a primary school which still bears his name and to which he bequeathed his entire fortune.

Before Sir John completed his will, he suffered a massive brain haemorrhage and died and the quill feather pen he was using became stained with his blood.

The incomplete will was contested, but was finally upheld by the Court of Chancery 30 years after his death. The school, which by this time had been forced to close, was re-opened and the Sir John Cass Foundation established.

Over the past three hundred years the foundation has grown through its links in the primary, secondary and tertiary sectors of education, funding schools and organisations, benefiting young people from inner London and providing support with education costs to young residents of inner London from disadvantaged backgrounds.

To commemorate this success, a red feather is worn by the representatives from the many organisations that the Foundation has supported at an annual event called Founder’s Day.

We have used the red feather on the outside of the building as a reminder of this heritage, of our long-standing links with the City and with the Sir John Cass Foundation in particular. It also signals our unchanged mission – to prepare students to enter the creative economy as skilled practitioners, whatever their discipline.

Some of these disciplines would be familiar to Sir John Cass, crafts such as furniture, upholstery and jewellery. Others, such as digital film making, interior design and technology or interactive media, may have startled him. But we’re sure he would have approved of our ongoing commitment to providing high quality, accessible learning in London.

Find out more about the Sir John Cass Foundation. 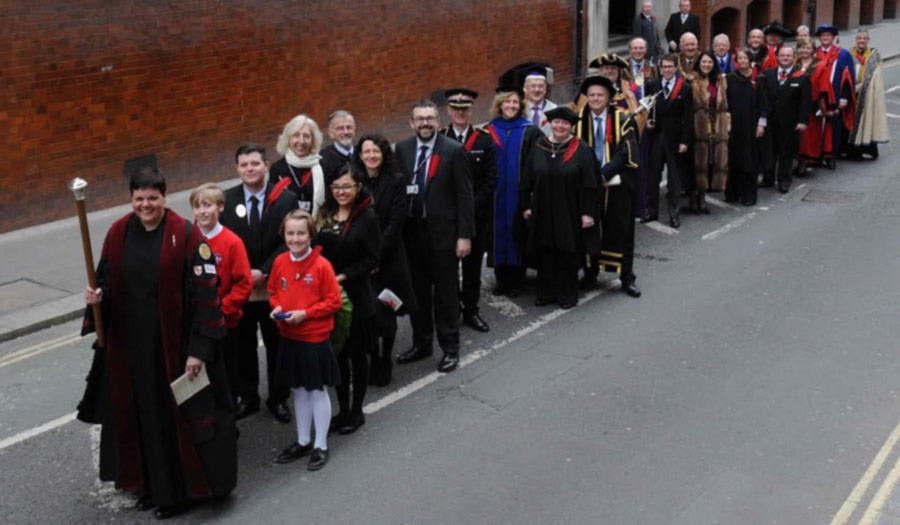