By casting a void between the church and the proposal through the space that consolidates the stair down to the crypt, a slot is created to separate the new and the old. This allows for a visual separation, letting light penetrate the deep plan, and opening up a viewing corridor that runs straight from the south elevation to the northern most wall of the proposal. At certain parts of the day, direct sunlight will filter through the inner most parts of the proposed building.

The hall of this scheme pushes beyond the elevation of the existing church in order to create a more formalised courtyard. Protruding at ground level, it expresses a roof pitch that is differential to the existing architecture, whilst remaining in tune with it’s context.

This proposal represents a sketch for a scheme that would be the best possible scenario in terms of the projects budget. The proposal has been designed to make the best use of cheap building materials. It has also been created with value engineering in mind. The design of the proposal also allows for it to be peeled back, and cheapened quite a bit without losing its architectural integrity

The inclusion of a modest stage will give the Hall far more flexibility as a let-able space and as a space for the church. It will widen the different sort of functions that can take place. The rounded wall of the hall’s interior express it as a welcoming space, as does the pitch of the ceiling that becomes more expansive the further into the hall you explore. The double layers facade at the courtyard also creates an accommodating threshold, to shield its visitors from the weather, whist simultaneously creating a formal courtyard

The proposal would be brought up to the level of the forecourt of the Church in order to give ease of access to the less abled, and create a more concurrent relationship with the existing church and landscape. This would be done through suspended beam and block floor. The stairs to the crypt would be extended with timber carpentry, to create an access from the new level. 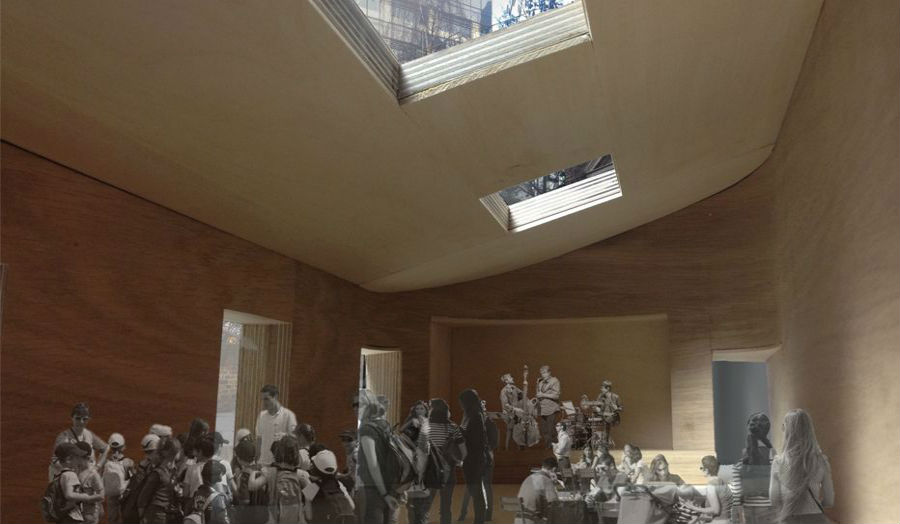 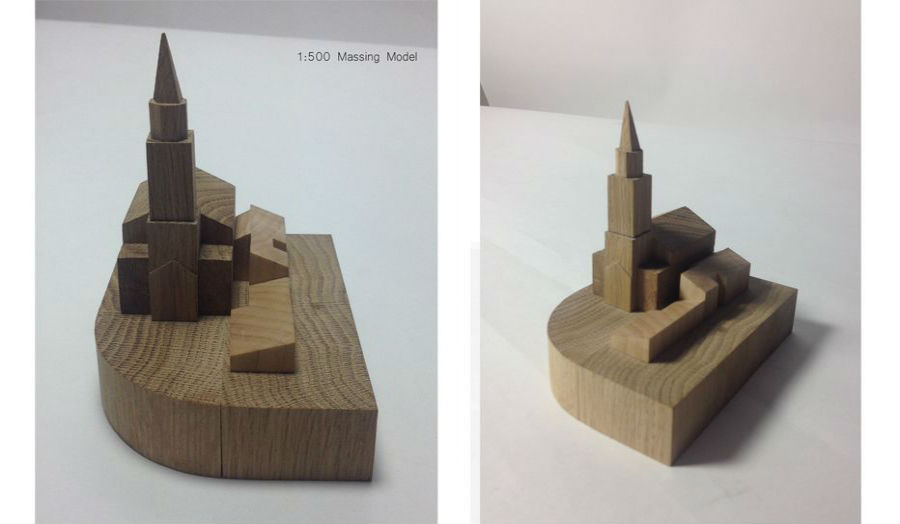 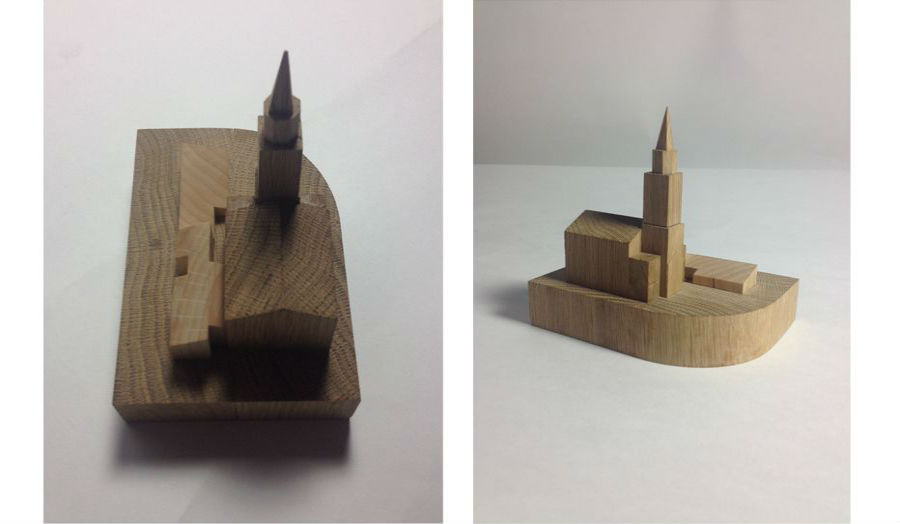 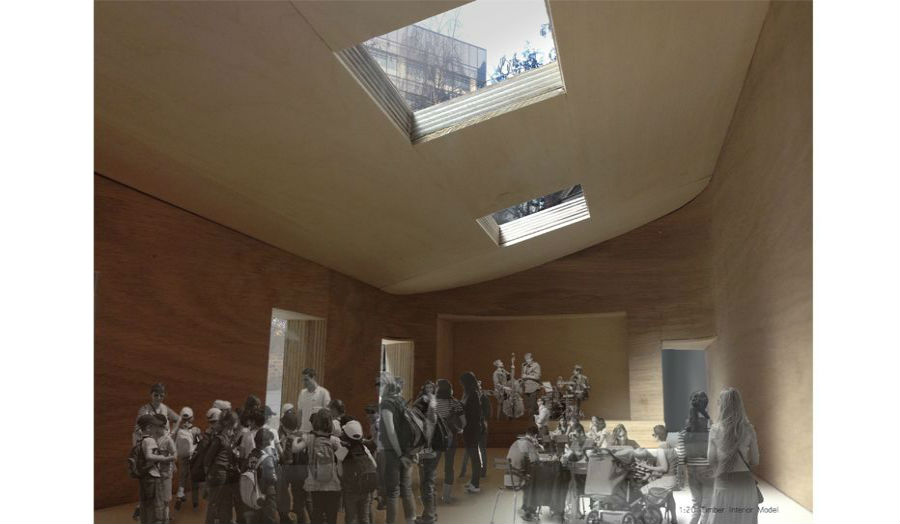 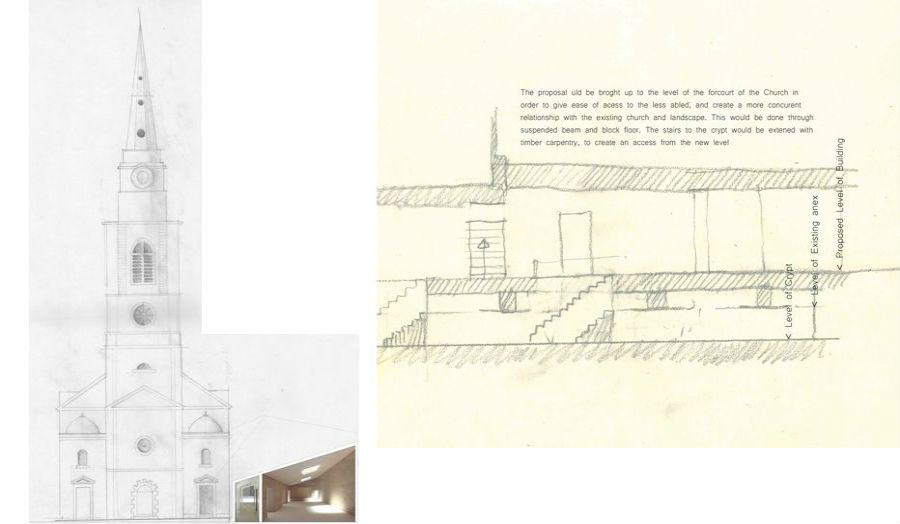 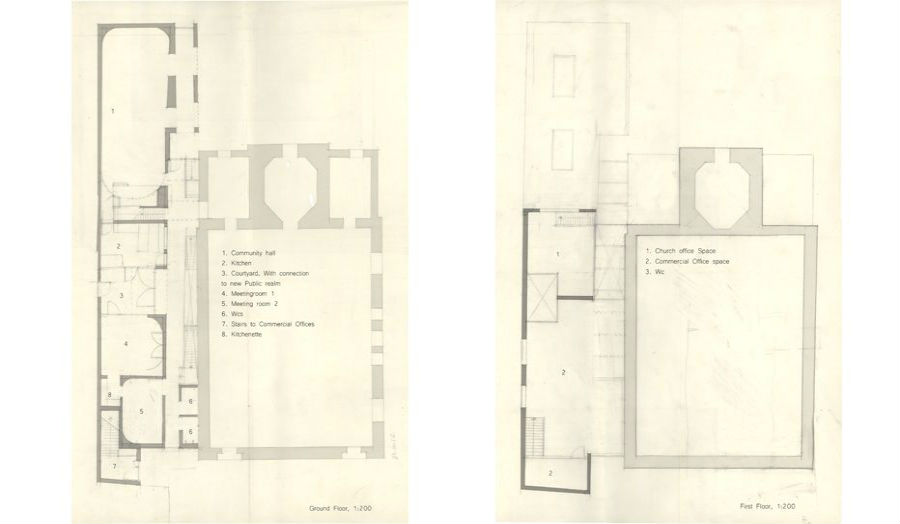