A new yearbook celebrates the first cohort of students graduating from The Cass, newly created three years ago.

This year The Sir John Cass School of Art, Architecture and Design at London Metropolitan University celebrates three years of The Cass.

To mark the occasion the School have produced The Cass Session 2014-15, a yearbook which looks back over the last academic year and celebrates the different disciplines taught at The Cass.

The students graduating in Monday’s ceremony are the first cohort to complete their studies in the newly defined Cass.

In 2012 the School of Architecture and Spatial Design merged together with The Sir John Cass School of Art, Media and Design, changing its name, location and the whole teaching structure.

The Cass Session 2014-15 looks at the achievements of the school detailing the staff and student output, course by course, studio by studio.

The book's cover is intentionally blank. No single image could fully represent the diversity of the School and it became obvious to the book's designers that the cover should be a blank page, a customisable starting block for students to make each copy their own, mimicing the way they have shaped their individual creative paths so far and will continue doing in the future.

In the yearbook the Dean of the School, Robert Mull interviews the heads of each Cass Cluster, explaining elements of and aims for their clusters and the studios which exist within them.

The studio system practiced at the School is celebrated in the book as it is one of the unique teaching styles employed since the merger which is designed to mimic the dynamic of working practice, students from different year groups work together in the same studio on a single theme or project which runs for the year.

The Cass Session 2014-15 was produced in house, and designed, in part, by Kirstin Helgadóttir, a 2014 Graphic Design Alumna. It is illustrated with images of the work produced by students over the course of the academic year.

The Yearbook can be viewed on Issuu and is for sale through The Cass.

If you are a 2015 Cass Graduate please contact Ben Farquharson on b.farquharson@londonmet.ac.uk for your free copy. 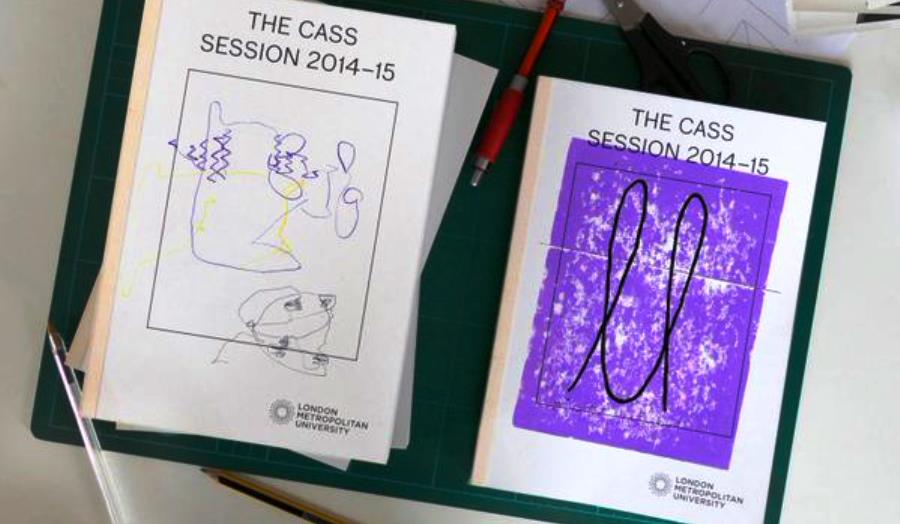