Photomonth East London 2016 will see The Cass present four exhibitions, and alumni from photography courses at London Met will also exhibit at a variety of other venues during the internationally renowned festival.

From 3 October to 4 November, Common Ground in The Cass Foyer Gallery will see three artists explore walls of separation from different locations, eras and perspectives, looking for the common ground that unites human beings; Susan Andrews reflects on the fallen Berlin Wall, Fiona Yaron-Field portrays men from both sides of The Israeli West Bank Barrier and Heather McDonough addresses abandoned personal items from the Calais Jungle. There will be a preview evening on 20 October from 5.30pm to 8.30pm.

In East End Scores from 19 November to 2 December 2012 pics project presents a collective photographic exhibition in the Foyer, debating the transience of the London Olympic site. Four bodies of works are explored through installations and mixed media. There will be a unique opportunity to meet the artists with especially curated interviews. The artists are Susan Andrews, David Boulogne, Chris Dorley Brown and Mike Seaborne, and there will be an opening event on 10 November.

After London, the first exhibition in the Cass Bank Gallery, is an exhibition of photography by Simon Fowler and David George focusing on the Thames Estuary and coinciding with the publication of Estuary: Out from London to the Sea (Hamish Hamilton, September 2016) by Rachel Lichtenstein. The exhibition will run from 4 to 15 October with a late opening on 6 October for First Thursdays.

From 20 October to 12 November, Territorial, curated by Paola Leonardi, will showcase the work of six contemporary photographic practitioners whose work is concerned with concepts of human geography, identity and territory. The exhibiting artists are Alastair Bartlett, Ania Dabrowska, Paul Greenleaf, Yiannis Katsaris, Christos Koukelis and Paola Leonardi. The exhibition opens on 20 October with a private view and there will be artists' talks at 6pm on 27 October and 3 November.

Alumni feature in this year's progarmme too. Elsewhere in the festival, Uncertain States, the lens-based collective established by postgraduate photographers at The Cass, present its annual exhibition of contemporary and thought-provoking photography. The exhibition, featuring 50 artists, will run at Mile End Pavilion from 4 to 27 November. Preceding that, at the same venue the collective will display the winning entries from their annual open competition. Recent MA alumni Moé Sekiya and Jordanna Greaves are exhibiting Is it about you? Is it about me? Is it about us? at the Darnley Road Gallery from 3 to 28 October. Their project raises questions about authorship and creative impulse.

Photography staff are also exhibiting at various galleries during the festival. Paola Leonardi has an exhibiton called Borderlands at Stone Space Gallery from 6 to 30 October. It features a collection of analogue photographs narrating life at the edges of Europe, exploring the relevance of European identity and its relationship with concepts of home and belonging, memory and territory and how these have been shaped by events. Leave To Remain by lecturer Heather McDonough is one of the projects featured in The Disinherited at Printspace Gallery from 29 September to 17 October, an exhibition focusing on themes of social significance, which was curated by Photomonth East London festival director Maggie Pinhorn. Heather found that volunteering in the French refugee camps led to a steady stream of encounters – with residents whose fragile lives have unravelled, fragmented and reconstituted in a remote and strange place – and with objects, whether waiting for their purpose to be fulfilled or lying spent and discarded, or else in limbo, useless and abandoned.

Photomonth East London is an international photography festival running from 1 October to 30 November 2016. Photomonth celebrates photography in galleries and venues across east London and aims to demonstrate the diversity of contemporary photography and reach the widest possible audience. 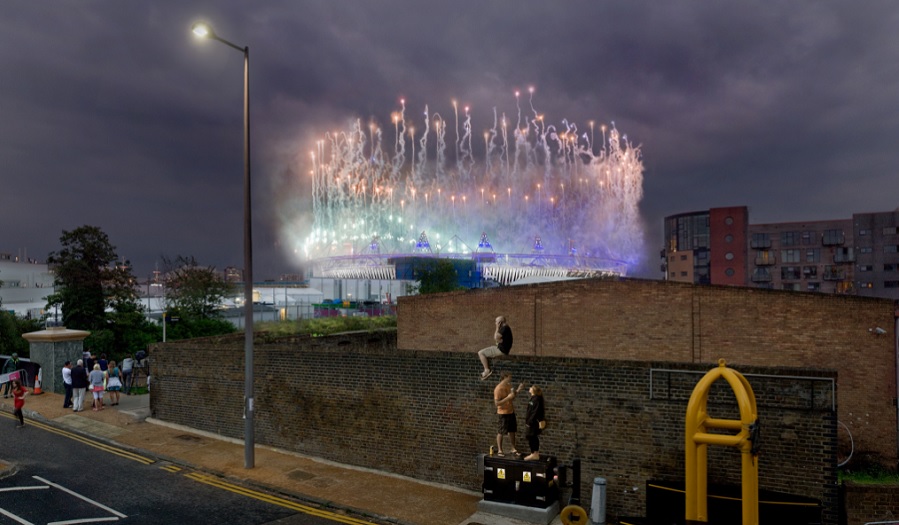