Phase one of The Sir John Cass School of Art, Architecture and Design’s multi-million pound relocation and facilities renewal project is nearly complete.

The School of Design and other departments previously based in Commercial Road are making the move to nearby Calcutta House.

Calcutta House is being stripped back to its original, historic, tea warehouse aesthetic, where students will enjoy new facilities including spacious studios and workshops alongside the Art, Architecture and Design Library.

The move is part of London Metropolitan University’s exciting One Campus, One Community project, which is seeing £125m of investment in new facilities, technology and curriculum development.

Bringing The Cass together

“The new facilities in Calcutta House look fantastic and the project is fully on schedule,” said Andy Stone, Head of The Cass. “It’s an incredibly exciting time to be working and studying at The Cass, and I’m looking forward to starting the new academic year in our new home.”

​The new workshops and studios in Calcutta House are going to be fantastic places for students to work. During the move from Commercial Road, The Cass held an auction of old and surplus ​equipment, which has raised more money for the replacement or renewal of equipment for Calcutta House.

Andy said: “Making is part of the ethos of The Cass and that's continuing and growing.  There were some comments that questioned the auction, but spaces and equipment need renewing and this was an opportunity to raise more money to do that. So I can reassure friends of The Cass that every penny generated is going straight back into new equipment and facilities for The Cass.”

Highest ever student satisfaction and employment

It's an exciting time to be joining The Cass, which this year saw record graduate employment levels (96%) and its highest ever student satisfaction score, with two courses scoring 100% in the National Student Survey and another four over 90%.

Andy added: “I’m delighted that students have recognised our efforts with a record Student Satisfaction score​ that shows how much they enjoy studying at ​The Cass.

“We’ve worked hard to develop ​the innovative, studio-based teaching approach which sees students work closely with industry professionals​ on live projects​ alongside the expertise of our academic staff.

“This enables students to develop not just the knowledge and ​skills they need for their futures, but the contacts and relationships too – something where many other schools fall well short.

“It’s no surprise that 96% of Cass students are in work or further study six months after graduating – well above the national average.”

A range of new courses are also being launched to meet emerging student and industry demand.

“The world is a fast moving place, but The Cass has a fine tradition for innovation and keeping pace with industry,” said Andy. “As industry changes, so does demand. We are committed to staying relevant, which means our graduates leave The Cass with the skills, training and expertise employers actually need.

“This year we are launching a number of new courses in The Cass, very much responding to industry​ and student demand, including ​P​hotojournalism, ​Fashion ​A​ccessories & ​Jewellery, ​Painting ​and ​Publishing.​​”

Calcutta House can now be visited as a part of the University's Open Days, giving students a taste of life in The Cass’s new home. 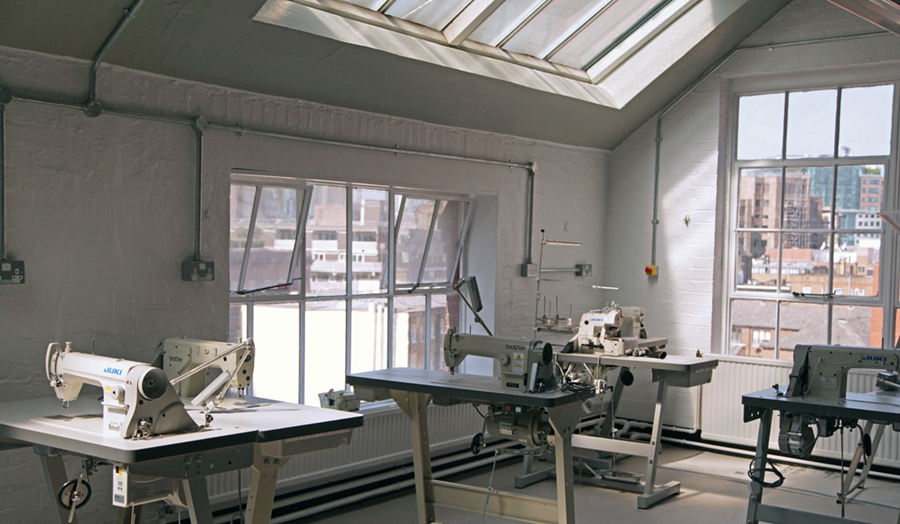