Studio 3 is the Live Projects Architecture Undergraduate Studio at the CASS.

Between 2012 and 2014 the Studio has been working on the Austin Estate in Hayes, West London, in order to re-imagine its civic life, and exploring the notion of a ‘Town Hall’ for an ethnically diverse and fragmented residential community. Starting in the first year with the construction of a mobile civic fragment (see image).

Contrary to local perception, by engaging with residents over a long term, the students found that the Austin Estate has interested and active residents. This led to different ideas towards exploring the traditional typology of a town hall against the contemporary context of the ethnically and culturally diverse Housing Estate. We were not interested in civic service but civic action.

Both during the first academic year with the Mobile civic fragment and the second academic year at the Austin Estate, students organised a series of events and actions, which gave rise to the creation of different interest based ‘clubs’ on the estate: such as a Sewing Club, Board Game Club and a Music club. The Sewing Club became an effective setting for resident gatherings, debate about public life and their lives in and around the Estate. The club is now run entirely by the residents, and became a constituted community group in 2014.

At the beginning of the year, students re-enacted 1:1 fragments that make up the civic spaces of a town hall taken from their initial case studies, and tested them to  contribute towards Austin’s re-imagined town hall. The 1:1 fragments and collective events were developed into the overall program of the new temporary civic architecture for the Austin Housing Estate. Students proposed fragments of joint overall schemes, developing what we call Architecture of Multiple Authorship and discussing the architect’s continuing responsibility to act and allow their structures to respond to changing social and civic needs and desires. 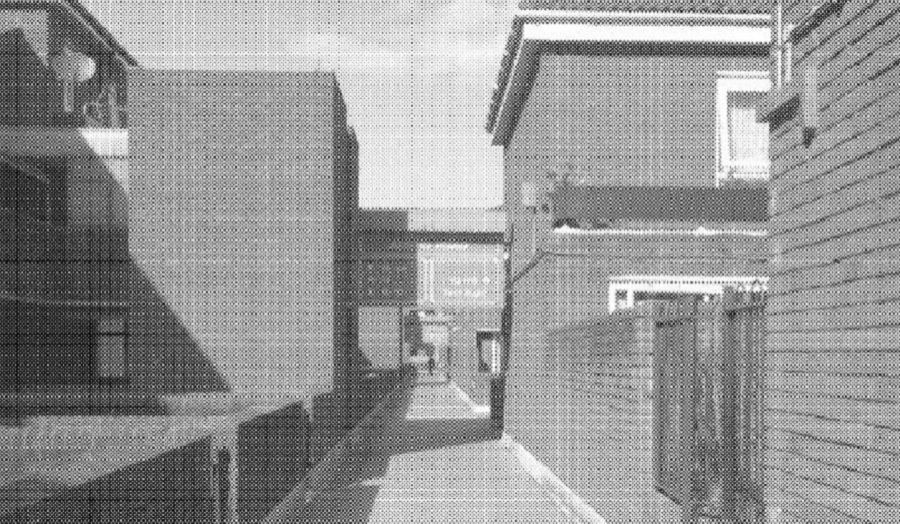