Fashion Stars in the Making

Forget London Fashion Week. The much-anticipated fashion event of the year – our Project Red catwalk show at the Cass Bank Gallery’s Out of the Ordinary exhibition - was a resounding success, say its organisers.
The live catwalk show, which took place on Friday 13th February, was a joint initiative between the London Guildhall School of Business and Law and John Cass. The event, organised by the Guildhall’s Fashion Marketing students, showcased garments made by students on the The Cass BA (Hons) Fashion degree and was sponsored by the British Council working with the Korean Embassy.
The show, organised by Michael Upton and Aimee McWilliams at The Cass and Anthony Abebrese at Guildhall, formed part of an exhibition by Korean architects about the symbolism of the colour red – one of the two colours in the shape at the heart of the South Korean flag, known as a ‘Taeguk’. It took place in Cass’s central house gallery.
Fashion students were responsible for putting the show together and their many jobs included running front of house, working backstage, dressing the models and preparing their hair and make-up, plus setting up and – of course – the very important job of modelling the garments. 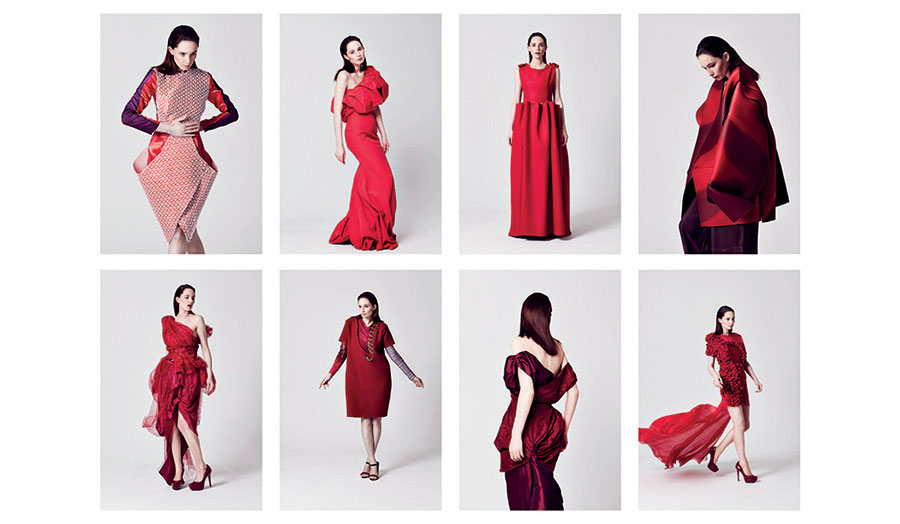