With speakers from over 15 countries and keynotes from Tricia Rose (USA) and Murray Forman (USA), London Met staff were sure to be part of this great line-up.

With speakers from over 15 countries and keynotes from Tricia Rose (Brown University, USA) and Murray Forman (Northeastern University, USA), London Met staff were sure to be part of this great line-up.

The conference, entitled ‘It ain’t where you’re from, it’s where you’re at’, sought to bring together scholars who are actively contributing to hip-hop studies as an interdisciplinary field. Included in the three-day speaker line-up was Veronica Mason, the course leader of BSc Youth Studies, who presented a paper on her research which hopes to be the first UK intergenerational hip-hop study on UK black male interpretations of African American hip-hop. Veronica stated “It was great to be involved in this conference which represents the first of its kind in the UK. And whilst many may interpret hip-hop as merely just music, hip-hop studies has the capacity to expand our lens in relation to wider multifaceted realms including critical race theory, gender, language, education, local and global spaces, cultural politics and ethnics; so should not be underestimated”.

Veronica was also joined by Dr Patrick Turner, a lecturer in Education at London Met, who presented a paper on hip-hop pedagogy with UK hip-hop Education forum members. Dr Turner's book Hip Hop Versus Rap: The Politics of Droppin’ Knowledge will be due out later this year. 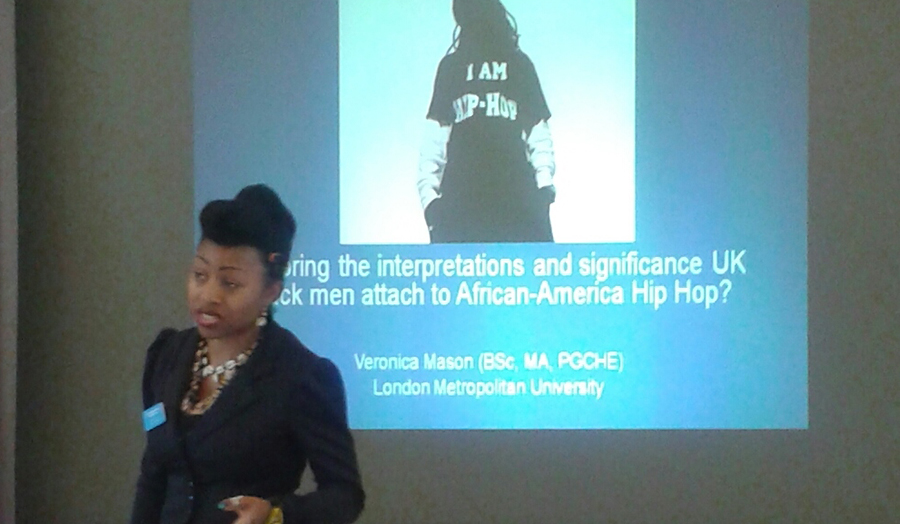