Jesse Quinones graduated from London Met in 2007 with an MA in Audio Visual Production Production from The Cass having already achieved BA in Creative Writing within the Faculty of Social Science and Humanities.

This year he beat films Adulthood, David is Dying and Woolwich Boys to take Best Film and Best Director at the 2015 British Urban Film Festival.

“I really have to thank BUFF” he said, “Making films is so tough, so when anyone recognises your work it makes it much sweeter.

“BUFF have been so supportive of the whole process, they screened the film to over 500 people in the Odeon in the West End so to get these awards is really amazing.”

The film has taken a long time to make, “I started writing it when I was 19,” he explained, reminiscing. “I started as a book initially and then it developed into a screenplay.

“It’s truly a labour of love, I finished it at 31 so it’s taken twelve years from conception to completion.”

In 2011 NALIP, The National Association of Latino Independent Producers selected Jesse’s script for their Latino Writers Lab. “When it got picked up by NALIP I decided ‘I have to make this film, whatever it takes whatever the cost.’ I picked a date and decided that it had to be made by then.”

Calloused Hands was Jesse’s first venture into fiction “what I really like most is stories,” he commented. “I look for what medium is best to tell the stories, some of the stories I’ve encountered I’ve thought had to be documentaries because fiction just couldn’t do it justice, others, like Calloused Hands, had to be film. As long as I’m able to tell stories it doesn’t matter to me how I tell them.”

Jesse is about to shoot a documentary series for Channel 4 and has two other films in the works, The Cagefighter, also starring Andre Royo, and a romantic comedy with Cuban dancer Carlos Acosta.

Since graduating in 2007 Jesse has worked consistently producing and directing documentaries and on taking Calloused Hands from an idea to a complete film, but he’s not just a film maker; “it’s a really hard industry,” he says, “and its important to have a fluid approach, I also teach, I also make corporate videos in addition to developing my own scripts – my path has led me more to the teaching side and I’m really enjoying it.”

“It’s only in the last couple of years I realised that I was being too precious with the idea of being an artist, there’s no point in pursuing this if you’re going to be starving and sleeping on someone’s sofas, you have to be real and practical about it.

“I can’t just be a film maker and I know that, I have to do other things that can spark creativity too.”

Speaking to future graduates Jesse’s best advice is firstly to be proactive. “The industry is so competitive, there are so many people after the same thing and at the same time there is less funding and less opportunity so it’s very tough.

“I’d say don’t sit back and wait for opportunities to come to you, and if you can’t find opportunities then make your own, make your own films, fund yourself and find new ways to tell your stories. That’s the approach I took, it took me six years to get an agent but its what I wanted to do so I just kept on going.”

“Pick a path and be clear about it, and be tenacious as hell.”

To find out more about studying at London Met click here. 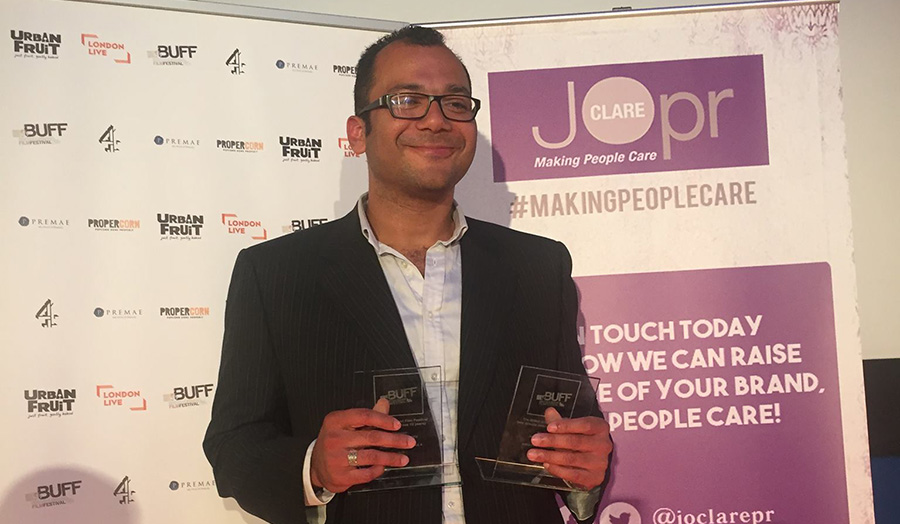