London Met Alumna is changing lives in Dehli News from the School of Art, Architecture and Design

Home to one billion people, India produces 1.3 lakh tons of human waste every day. With over 700 million people lacking access to toilets, 1 lakh ton of this waste ends up in the environment making those people susceptible to parasites and viruses.

One of the many colonies in India experiencing a lack of sanitation infrastructure is Savda Ghevra, the largest planned settlement colony in North West Delhi. With poorly constructed septic tanks proving incredibly unsafe and unhygienic, sewage is one of the biggest problems affecting communities.

Within the past decade, a rehabilitation process has been underway providing cleaner and safer sewage systems. Former London Metropolitan University student Julia King has recently completed her PhD-by-practice project which involved a live sanitation initiative in a slum resettlement in Savda Ghewra, which is home to over 8000 families.

Researcher and designer Julia received a full scholarship in 2010 at London Met, pursuing a PhD via the department of Architecture of Rapid Change and Scarce Resources at The Cass.

Completed last year, her creative experiment with civic engagement has now been massively scaled up by the Bill and Melinda Gates Foundation to provide fecal sludge management for a much larger proportion of the urban population in India.

The project confirms the efficacy of the approach taken by the Architecture of Rapid Change and Scarce Resources teaching and research cluster by The Cass in providing a degree, post graduate, MA and PhD by project programme where bottom up creative and civic engagement provides quality proposals which can be scaled up to fit some of the most difficult physical and institutional urban contexts. 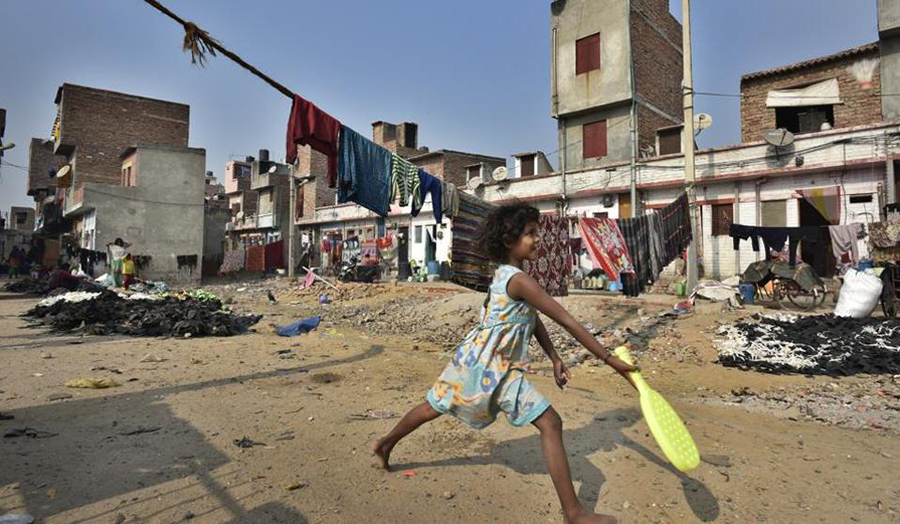