Hotel Arcadia, which takes place in an unnamed city hotel where a war-photographer gets caught up in a terrorist attack, is a story explaining how people live complex and full lives, even in very dangerous settings.

As a former journalist, Singh has experience of working in different and sometimes dangerous circumstances, having lived in Mexico, Chile, India, and apartheid South Africa.

There is more truth in fiction

Singh is driven by a desire to tell the truth, in both her earlier career as journalist, and now as a writer and academic.

“I decided that you can tell more truth in fiction than you can put into a news story, so that really was the reason for the shift,” Singh said.

“That’s because you are not worried about who, what, where, and when, but the how and why. All the complexity of the story and the reasons behind it are hardly ever covered in journalism and in fiction you can do that. I think that telling the truth is behind any kind of artistic endeavour.”

“Our imaginations are limited to what we already know. I would like to think that imagination is unlimited, but it must be unlocked before can be unlimited. And that is not going to happen if your world is restricted only by what you know. So research is crucial,” Singh said.

The novel has received early favourable reviews described as “A hair-raisingly vivid and filmic tale of a terrorist attack,” by Canadian novelist Philibert Schogt, and “a gripping novel that provokes thought,” by Moroccan-Dutch writer and journalist Abdelkader Benali.

In the build-up to the launch of Hotel Arcadia, Box Room Films, founded by two London Met graduates, have produced a trailer for the novel. This is first in a series of trailers for the book produced by upcoming film-makers.

The University will also host a special ‘book launch’ for the novel on Wednesday 15 April.

Visit the event’s Eventbrite page to register a free place and further information. 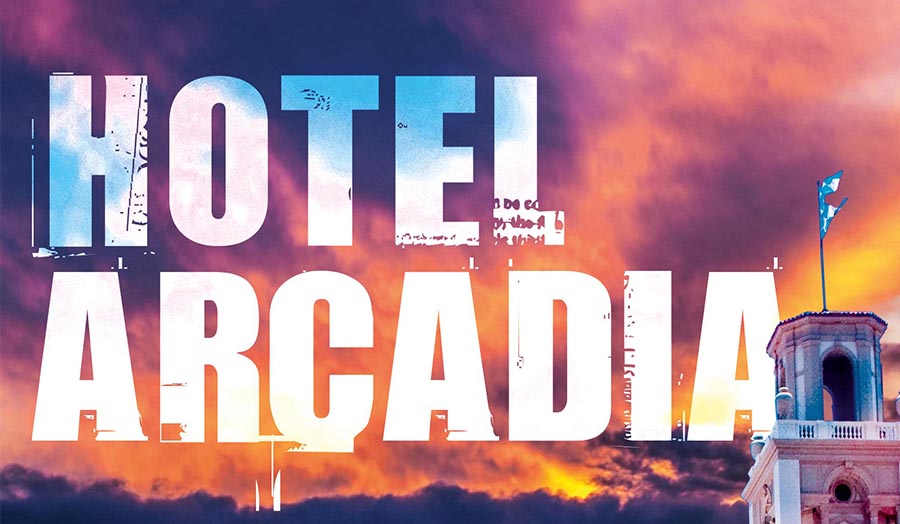