Two MA Sport Management students at London Metropolitan University brought some Olympic magic to Holloway Road this summer with their success in a national essay contest.

Two MA Sport Management students at London Metropolitan University brought some Olympic magic to Holloway Road this summer with their success in a national essay contest.

Frederick Hayes and Jana Buhl, who study in London Metropolitan Business School, took part in the Coubertin Olympic Awards Student Essay Competition, which invites students to consider how ethics, business and sport can interact in the 21st Century.

The students’ were runners-up in the contest and were presented with their award by HRH The Princess Royal during a ceremony at the Royal Festival Hall on the South Bank.

Frederick, said: “It was surreal to see HRH The Princess Royal presenting Zara Phillips with a medal during the Olympics, having recently met her myself!”

The students’ essay, called ‘The influence of commercial partnerships on the Olympic Spirit – a critical analysis of the IOCs actions’, was produced via the Studying the Olympics module, as part of their Sport Management Masters course.

Module leader Stephen Hills said: “I'm very proud of Fred and Jana. As I was marking their essay, I realised they had produced an excellent piece of work, but I could not have guessed that it would lead to them rubbing shoulders with royalty.”

Find out more about studying Sport Management at London Met. 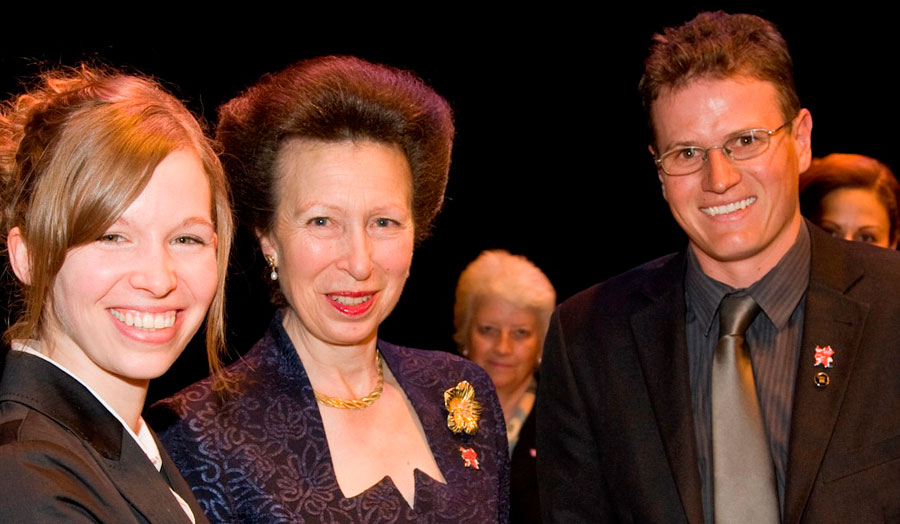