London Met has appointed an experienced academic manager with more than two decade’s experience at the University as its new Dean of Students.

London Met has appointed an experienced academic manager with more than two decade’s experience at the University as its new Dean of Students.

Graham Taylor-Russell’s background bridges academia and administration, making him an ideal fit for the Dean of Students role.

“I’m very much looking forward to my new role and to ensure that the administration of the University continues to work with faculties for the good of our students,” he said.

“It’s important that the University coordinates its activities, whether ‘back office’ or ‘student-facing’ to ensure we deliver quality, timely and relevant services to students.

“I’m also looking forward to working closely with the Students’ Union, and supporting them in their role as an effective conduit to feedback the views of students to the University.”

Graham joined the Polytechnic of North London (one of the predecessor institutions of London Met) in 1989 as a maths lecturer, an area of academic life he still holds dear.

"I still lecturer in maths from time to time, that’s still something I enjoy– when I’m allowed!” he said.

“My first introduction to this University was when I was at school, when I attended a one-week taster course in physics at Ladbroke House in 1980.”

In 1993 Graham was appointed to lead the interdisciplinary combined degrees programme at what was then the University of North London.

Following this he was appointed Academic Assessment Coordinator in 1999 and Deputy Academic Registrar a decade later.

Having witnessed the evolution of the University since the late 80s Graham is well positioned to comment on its strengths and character.

“London Met’s commitment to the diverse body of students in the UK is something very special. There’s also an appetite for pedagogic change and development at the University, which is vital.”

Raised in Sydenham, South London, Graham completed an undergraduate degree in mathematics from the University of York before entering the “real world” with a job at the Ken Livingstone-led Greater London Council.

Realising he was a better fit for academic rigour than local government, Graham returned to University, doing a PhD in the mathematical field of combinatorial group theory at Kings’ College.

“When I finished my PhD I saw a job advertised here, and that was it, I’ve enjoyed being here ever since.

“I’ve always enjoyed working here, I’ve never really thought about leaving. The students and staff make London Met what it is and I am optimistic about the challenges ahead.” 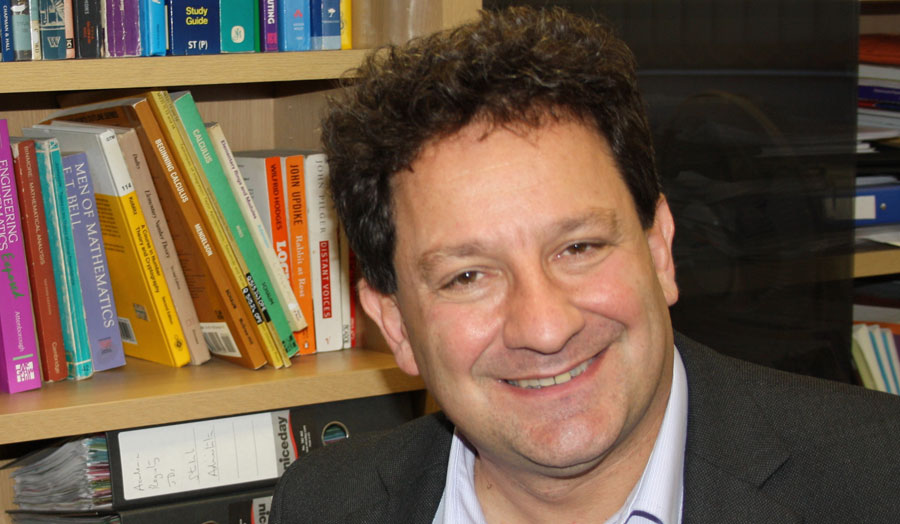