(LMnews) Linking up with Crossrail News

With sites all over the capital, London Metropolitan University has a vested interest in the city’s transport network.

With sites all over the capital, London Metropolitan University has a vested interest in the city’s transport network. So, with Transport for London’s Crossrail project in full swing, the University’s Alumni Association held an event to find out more.

Mike Stubbs, Transport for London’s Director of Operations (Overground and Crossrail) was joined by the Mayor of Islington, Councillor Phil Kelly, to talk at the event, called ‘Connecting with London Met: London Overgound’s M25 of Rail’.

Held in the University’s striking Graduate Centre, the occasion provided both a fascinating insight into London’s biggest engineering project and a fantastic networking opportunity for London Met students.

Professor Malcolm Gillies, the Vice-Chancellor of London Metropolitan University, gave an introductory speech in which he drew attention to the presence of alumni Paul Taylor, who joined the Polytechnic of North London in 1952 to study architecture.

Paul, who went on to play a major role in transforming Liverpool Street station as an architect, said: “It’s lovely to return to the University - a lot has changed since my time! I moved from Manchester to study in London after visiting the Festival of Britain, and I thoroughly enjoyed my time here.”

Paul was particularly impressed with the Graduate Centre building, designed by famous architect Daniel Libeskind. He added: “This is the first time I’ve been inside. I think it was brave of the University to work with Libeskind and it has worked out well. It’s really put London Met on the map.”

The Mayor of Islington, who gave a lively speech reflecting his enthusiasm for railways, later highlighted the role played by London Met in the local community.

He said: “London Metropolitan University is very important to Islington. We work very closely with the University on academic projects, such as schemes with local schools, and many of the students are from Islington or have moved here to live.

“London Met is a major part of the borough.”

As well as shedding light on the future of London’s rail network, the event was also an excellent networking opportunity for London Met students. During his talk, Mike Stubbs provided details of the employment opportunities available at Transport for London, including the TfL Graduate Scheme, and there were also industry professionals in attendance.

BSc Business Economics and Finance graduate Mira Prakatur said: “It was a really nice evening and very interesting. I met people in the industry and have got a lot of business cards, so it was a very useful event!”

“The Mayor of Islington highlighted the role that London Overground will play in linking Islington with the Olympics, and also reinforced the key employment and training opportunities that transport infrastructure could deliver for London Met students.

“With the Olympics just 150 days off and the new King's Cross station opening in a few days, the event could scarcely have been more timely.” 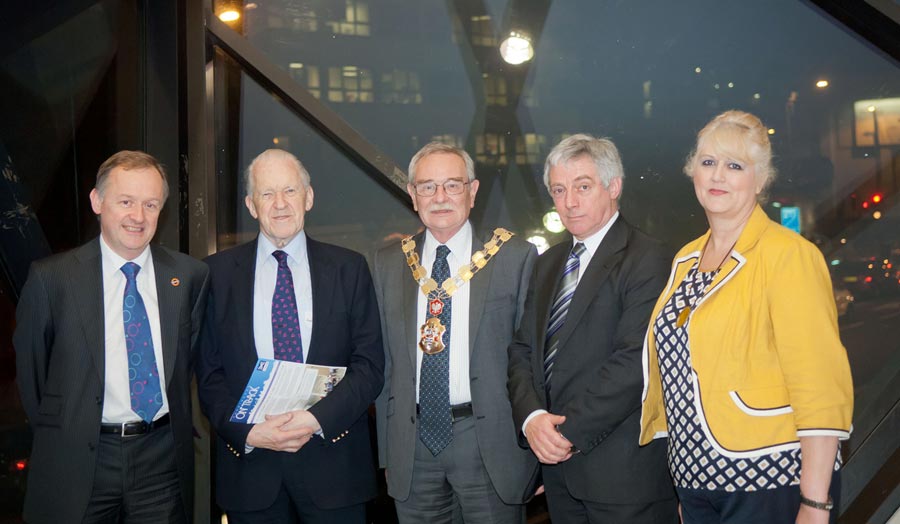