Students and staff from The Cass rubbed shoulders with royalty at an exhibition held as part of the Queen’s Diamond Jubilee celebrations.

Students and staff from The Cass rubbed shoulders with royalty at an exhibition held as part of the Queen’s Diamond Jubilee celebrations.

Talented artists showcased their work as part of the London Pride – Sixty Years of Great Ideas festival, which was visited by The Queen and Prince Philip.

Their work was exhibited alongside pieces from The Saatchi Gallery, The Design Museum and The Tate.

MA Interior Design alumna Viveka Thakker exhibited her work at the festival, and had an interesting conversation with HRH Prince Philip.

She said: “I was initially quite nervous about meeting Prince Philip. However, after seeing him chatting to the other participants about their projects, I realized he is just a man curious to learn about current and future design.

“When the Prince reached my display - an installation that generates fractal patterns responding to people’s movements in the space – he watched the generated pattern on the screen and gave an amused chuckle. He asked if it was some kind of graffiti, which took me by surprise at first.

“However, I was intrigued to think of my project as responsive street art so I ended up smiling as well!”

Viveka now works for a major company preparing floor plans for the London 2012 Olympic Games. She also writes her own blog about her work.

The inclusion of The Cass in the London Pride festival is indicative of the quality work produced in the School and the talented students, staff members and artists-in-residence based there.

Michael Upton, Academic Leader, said: “We were delighted and honoured to be invited to participate in this celebration of art and design in London for the Diamond Jubilee.

“It was an excellent showcase of the range and standard of innovative design work from The Cass. In some ways, we are the best kept secret in the creative world. Staff using facilities here, such as Metropolitan Works, are at the cutting edge of contemporary design, so it's great that The Queen and the people of London had the opportunity to enjoy the work.” 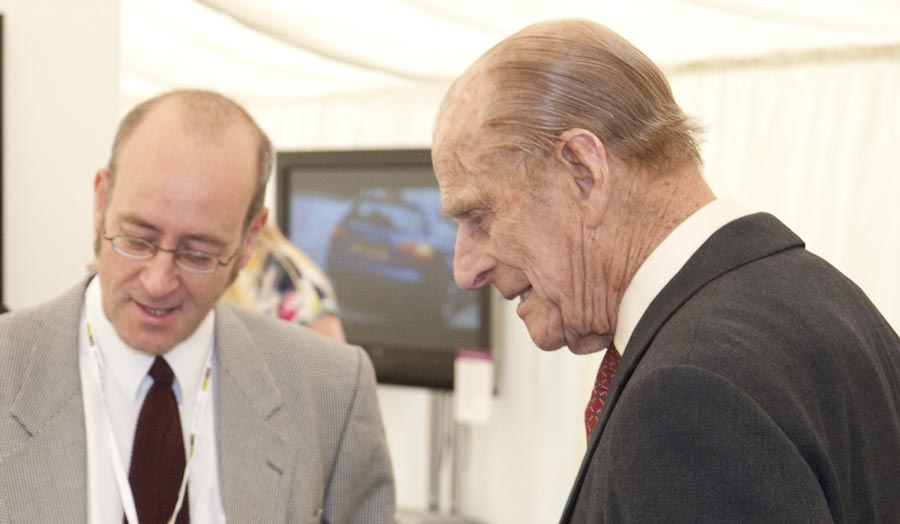