A street food market, set up in the courtyard at Holloway campus, gives students a taste of other cultures

Students at London Metropolitan University had the chance to try foods from around the world, without leaving Holloway Road, on 10 March.

With cuisines including Thai, Indian and Caribbean, students had plenty to choose from.

“I’ve never seen so many people in the courtyard before,” said MSc Criminology student Giacomo Fantini.

“It’s good to have so many different foods to try and I was even speaking a bit of Chinese with one of the food distributors.

“It’s not that expensive and we should have a food market more often, definitely in the summer.”

“It’s a good idea to have all these different cultures together. This should definitely be a regular event here at London Met,” he continues.

There was something for everyone at the market; gluten free alternatives as well as vegetarian and vegan options. Food company Chilli Nachos were serving gluten free nachos as well as their standard wheat tortillas.

Other brands included Bian Dang, serving Thai food to London Met students, One Love Kitchen who were serving Caribbean cuisine, and Bombay Street Food who were dishing up Indian curries to staff and students. Those interested in the Middle Eastern flavours could go to Feast.

Computing engineering student, Edgar Prada, said it would be good to see the street food market become part of London Met’s One Campus project and made also accessible to the public. You can see early ideas for the Islington campus here. 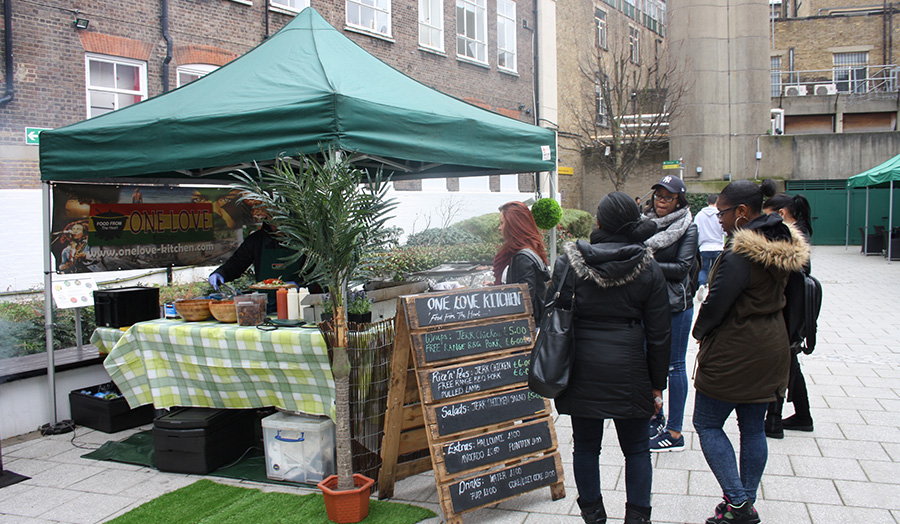