Jeweller Shirly Bar-Amotz presents a body of work comprising mainly brooches and pendants created in the past year.

"I wasn't a great student," she says. "As a kibbutz member who had moved to the big city, I would leave my home in the centre of town, walk on King George Street to the bus, and sometimes the city would wink at me and I'd cut class, reaching Bezalel in the afternoon, but staying until midnight. The sense of excitement, of setting out from my doorstep into the crowd where no one knew me, was magical." She points to her time as a student as a significant time in her life.

Jeweller Shirly Bar-Amotz presents a body of work comprising mainly brooches and pendants created in the past year, the series called ØHappy DaysØ, were presented at the Tel Aviv Museum in Israel, touching on questions of local identity, Bar-Amotz's jewellery expresses a social outlook. Combining precious metals with synthetic materials and readymade die-cut objects, Bar-Amotz crafts miniature worlds that look as if they were taken from pictures of European landscapes. Shirly Bar-Amotz was born and raised on Kibbutz Ma’abarot in Israel but spent part of her childhood in Paris with her family. She received both her BFA and MFA degrees from Bezel Academy of Arts and Design in Jerusalem where she currently teaches. 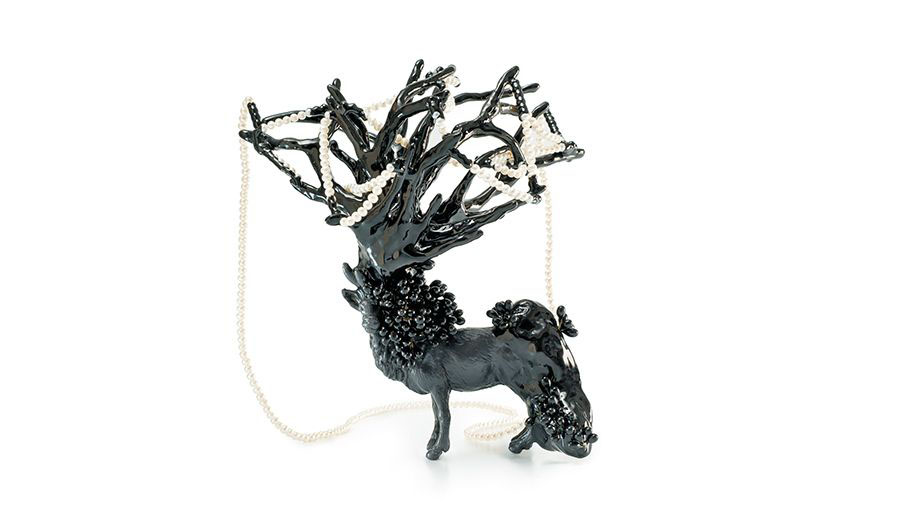