Business and Finance alumna awarded MBE for services to education

An alumna of London Metropolitan University has been awarded an MBE during a ceremony at Buckingham Palace.

Maire Tejani, who studied Business and Finance (HNC) at London Guildhall University – a predecessor of London Met – is the founder of Yaarah Schools, which works to improve education provision in developing countries.

The charity builds classrooms and provides learning resources for children who have limited access to education. A recent project saw Yaahrah Schools build and equip five classrooms in the Volta region of Ghana.

Maire, who received the honour for services to education, said she was “stunned” when she found out about the MBE, which stands for Member of the Order of the British Empire.

“I had absolutely no idea that I had been nominated for an MBE, let alone that I had been awarded one” she said. “It is a huge honour, but it represents the achievements of the charity as a whole, including my colleagues and our fundraisers.”

Maire was presented with the MBE by HRH The Prince of Wales at a special ceremony at Buckingham Palace in October. “I was really nervous on the way to the Palace, but Prince Charles was very nice and made me feel relaxed,” she said. “It was incredibly exciting!”

Maire’s achievement is particularly impressive given that she works full time as a Policy Officer for the Department of Education, and runs Yaarah Schools in her spare time – testament to her passion for education and development.

“These children were attending lessons under trees, outside, and have nothing in the way of teaching resources. We try to provide equipment to improve their education, from pencils to PCs,” she said.

Originally from Ghana, Maire came to London in 1983 and completed her Business and Finance HNC at London Guildhall University in 1998. She says the skills she learned during her studies have played major role in both her professional and charitable success to date.

“I have great memories from Guildhall, the staff there gave me skills that have served me well throughout my career. I handle the finances for Yaarah Schools and work with financial data in my role at the Department of Education, so my time at the University has really helped.”

Malcolm Gillies, Vice-Chancellor of London Met, said: “I am delighted that Maire has gone on to find such success after her studies, and I congratulate her on this prestigious award. As a University, we are well aware of the value of education and I applaud Maire for carrying out this important project. There is no doubt that her work is changing the lives of hundreds of children in Ghana.”

Over 200 children have benefitted from Yaarah Schools so far, and Maire is determined to continue the work, both in Ghana and elsewhere. “We will go wherever there is a need. Children should have access to education wherever they are in the world,” she added. 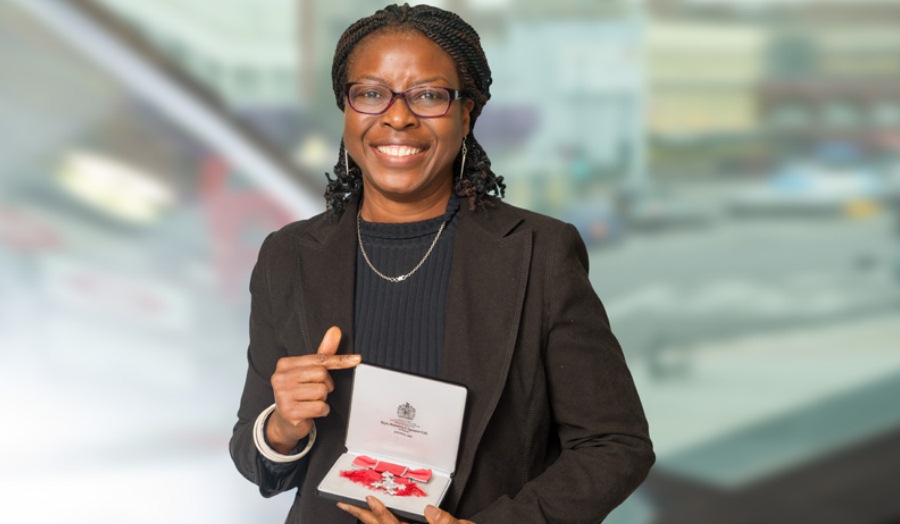