Food Unwrapped is an original series, now in its sixth season which investigates the science behind the food we eat.

For episode three, the team were investigating why the texture of ice cream changes over time. Newly bought ice cream presents a smooth and creamy texture whereas tubs which have been stored for a few weeks tend to feel grittier. Presenter Kate Quilton was on the case to find out why.

Speaking to manufacturers, Kate found that they were able to create ice cream with minute ice crystals, undetectable to the human tongue but once the ice cream was taken home and used the texture of the food changed dramatically.

Dr Sue Bailey was on hand to analyse newly bought ice cream, assessing at a molecular level the difference in size of crystals compared to a tub bought and defrosted and refrozen over a few weeks.

Ice crystals in ice cream fresh from the supermarket were found to be around 50 microns wide, equivalent to 0.05mm, the width of half a human hair. These ice crystals create the smooth creamy texture ice cream is famed for.

The second sample tested, the ice cream which had been stored in a home freezer for several weeks, displayed very large crystals, “because this ice cream has been subjected to thermal heat shock” explained Dr Bailey.

“This means that when you put it in your freezer at home, take it out, give it to your family, put it back in the freezer, take it out, what will start happening is the water that has defrosted cannot create any new ice crystals.

“It has to actually join to form a much larger ice crystal around the crystals that are already there, and that’s what gives you a gritty mouth feel.”

And the best way to avoid this gritty texture? Keep your ice cream in the freezer!

The episode is currently available to watch on Channel Four’s on demand service. To watch, click here.

To find out more about studying Food Nutrition and Consumer Science at London Met, click here. 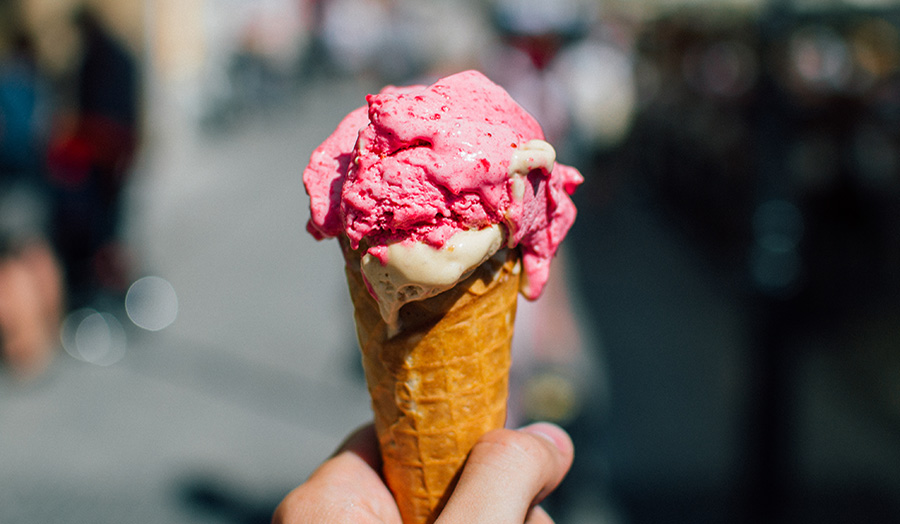