The secrets of Black Friday revealed: So how do companies persuade us to spend?

School of Psychology staff have been recognised for their work and expertise, and have been invited to make several appearances on the national news. It started with EXPIRED: Gary Pheiffer discussing Black Friday on ITV news, followed by Kate Nightingale and Gareth English speaking on BBC shows.

“Black Friday is an example of a marketing strategy which creates what is called, in academic circles, a 'ritual' - not unlike historical or religious rituals,” says Gary.

During Black Friday, marketing efforts are focused on the predictably irrational consumers, who are unconsciously coerced into spending money due to the created ritual.

Such irrational consumer behaviour touches upon a rather primitive instinct: “We tend to be competitive - we are still hunter gatherers in our DNA - and we think on Black Friday that 'we’ve won, we’ve beaten the retailer and we got a better deal for our family and friends,” says Gary.

“We then feel smarter and more competent; our identity as a hunter gatherer is enhanced, we have taken part in the ritual - it is not an impulsive buy, but a bargain!” 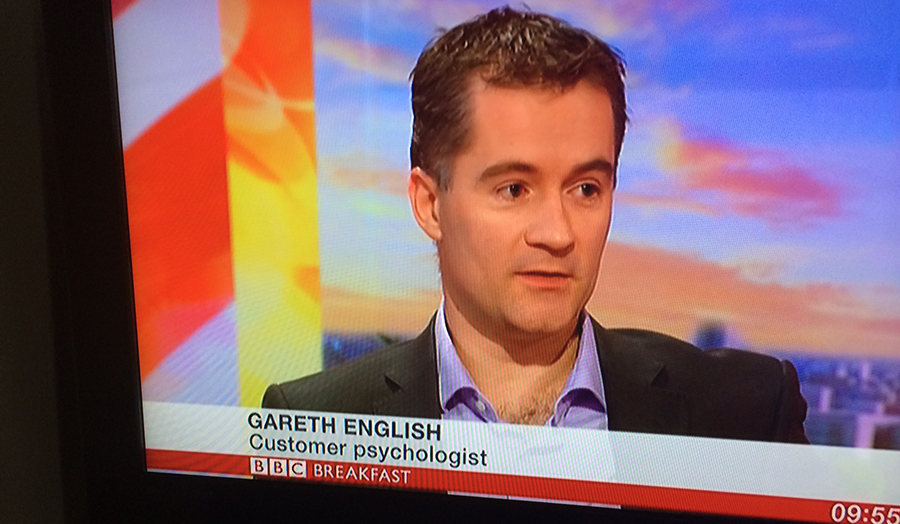