The London based architecture collective became the first ‘non-artists’ to win the prestigious modern art prize.

Assemble are a collective of between 14 and 18 architects and designers whose work focuses on socially responsible architecture and urban regeneration.

The group were announced as the winners of the Turner Prize, the annual £25,000 modern art prize presented on Monday night at the Tramway, Glasgow for their work tackling urban dereliction in Toxteth, Liverpool.

Assemble worked closely with locals in Toxteth to design and develop imaginative and welcoming interiors of terraced houses in the Granby Four Streets area. They created mantelpieces from brick and rubble, fired ceramic door handles in barbecues fuelled by sawdust and hand-decorated tiles to refurbish ten derelict houses on Cairns Street.

Assemble are all in their mid-20s and all but three members studied undergraduate courses together, they dispersed to prestigious architecture and design schools with some members joining London Met’s Faculty of Architecture and Spatial Design in Holloway (now The Cass) before forming Assemble.

Assemble are the first ‘non-artists’ to win the prize. Their nomination and subsequent win were a surprise to the collective and to many in the arts community but their inclusion in the prize, which has been won by artists including Damien Hirst and Martin Creed, has highlighted the close relationships between art and design and the importance of artistic practice in driving social change.

The judges commended Assemble saying “They draw on long traditions of artistic and collective initiatives that experiment in art, design and architecture. In doing so they offer alternative models to how societies can work. The long-term collaboration between Granby Four Streets and Assemble shows the importance of artistic practice being able to drive and shape urgent issues.”

Assemble’s collective ethos of socially engaged architecture is synonymous with the work of the Cass and it is for that members of the collective into The Cass as critics and teachers. Paloma Strelitz and James Binning lead Unit 15 on the Professional Diploma in Architecture at The Cass. 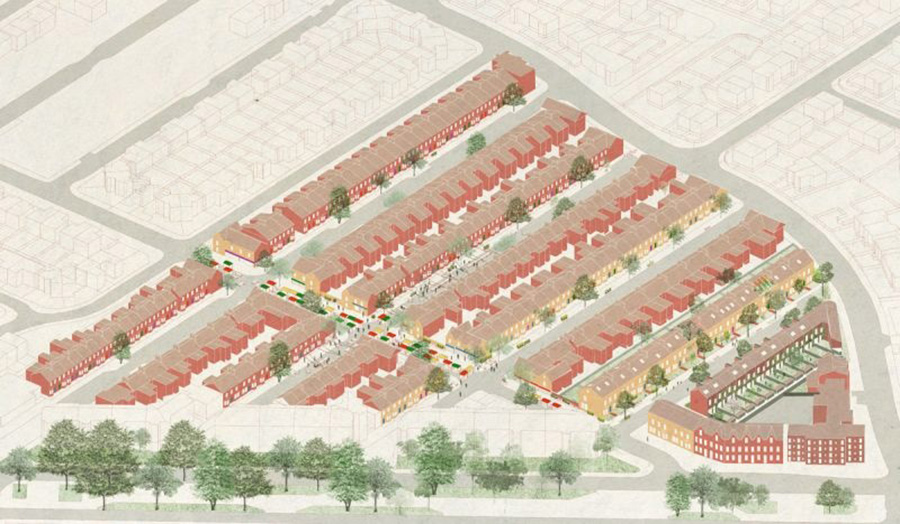