Stuart Isaacs, course leader for Sociology and Social Policy BA, and Criminology and Sociology BSc, has written his first non-academic book which explores what it was like to grow up in 1980s Britain.

“Weekend Dancer was always going to be a niche book,” said Stuart.

“The themes of Jewish identity and youth sub-culture were not going to have a mainstream appeal. However, it is also a fairly standard ‘rites of passage’ tale so I did have some hopes that a literary agent might like it.”

Inspired by the novel Absolute Beginners and the song of the same name by 1970s band, The Jam, Weekend Dancer brings together the themes of youth, identity, friendship and love in a powerful and moving ‘rites of passage’ novel.

Stuart published the book under the pseudonym Talcott Levy as a homage to Talcott Parsons, a well-known sociologist, and a reference to the popular Jewish surname, Levy, to acknowledge Stuart’s Jewish identity.

Weekend Dancer follows a young Jewish boy who falls in love with the girl next door. The teenage Mod embarks on a 48 hour rush around London in order to win the girl’s love but along the way must tackle the issues of rival youth tribes and the race and class issues that divided Britain in 1984.

“I often went to those parts of London that I was writing about. While I was writing about Elephant and Castle, I went over the river to sit in a cafe nearby. I sat in the parks when I was setting events there. I went all over, even to Leytonstone and Gants Hill,” Stuart explained.

“It’s a London novel and I wanted to capture the feel of the city so it helped being situated where I was writing about.”

You can find out more about the ‘Weekend Dancer’ on the publisher’s website.

Pictured: Stuart Isaacs is second from left in the 1980s. 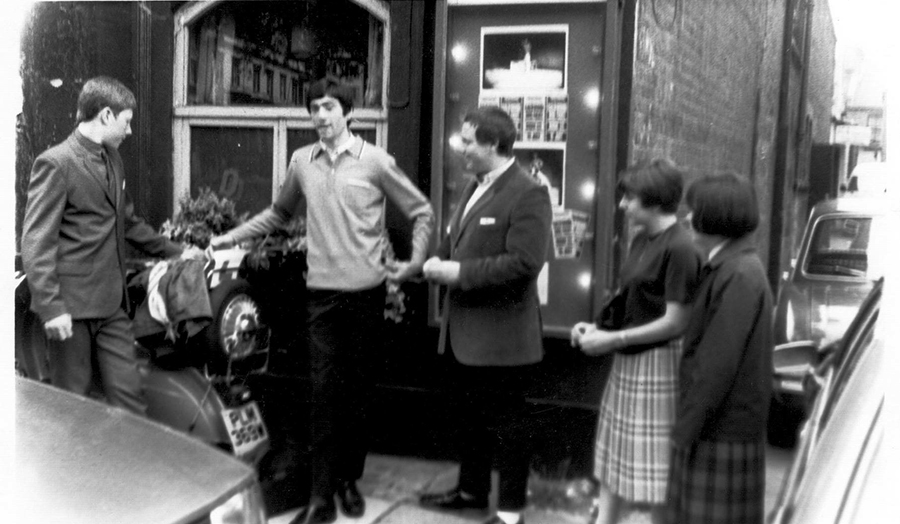