The Library of Babel REDUX

Some say that in 30 BC the Alexandria Library was accidentally set ablaze by Julius Caesar’s troops resulting in the single most devastating loss of original written manuscripts in history and it was already a contributing factor in plunging Europe into the dark ages. Today many would say that in our digital age, a library as a physical edifice is an anachronism and an unnecessary public expenditure. Others like Franklin D. Roosevelt described libraries as "the great symbols of the freedom of the mind...essential to the functioning of a democratic society."

Regardless of one’s standpoint, there is a resurgent interest in the library as a civic edifice coupled with an ongoing strife to reinvent on how a library is used and becomes an integral part of our everyday culture. Cardiff, Swindon, Newcastle and soon Birmingham have new-built super-libraries that Birmingham city council leader Mike Whitby refers to more than a library and more of a “palazzo of human thought”.

Liverpool’s and Manchester’s central libraries are undergoing major renovation work and the British Library is already in dire need for a major re-organization and renovation. This phenomenon is global and evidenced by the large number of current international public library design competitions.

Contrary to popular belief, central libraries across Europe are some of our cities most popular public visiting attractions. Unit04 are going to work on the materialization, reinvention and projection of the library as civic center of society at a time when architectural discourse is apparently is at a crossroad once again plagued by uncertainty of the role of the architect and architectural practice. Exhibitions and publications increasingly call for a critical discourse on architectural discourse questioning the usefulness and appropriateness of material development in our current economic climate.

Unit04 remains firmly engaged with the projective capacity of architectural design arising from the material development based on the opportunities afforded by the development of new generative and fabrication techniques. It is our direct aim to work with each student on how to deal with the complexity of an architectural library project, instill a sense of purpose and innovation as well as how to acquire the necessary design, fabrication and production tools necessary to deliver a material manifestation of a library as a public edifice projecting an optimistic architectural future. 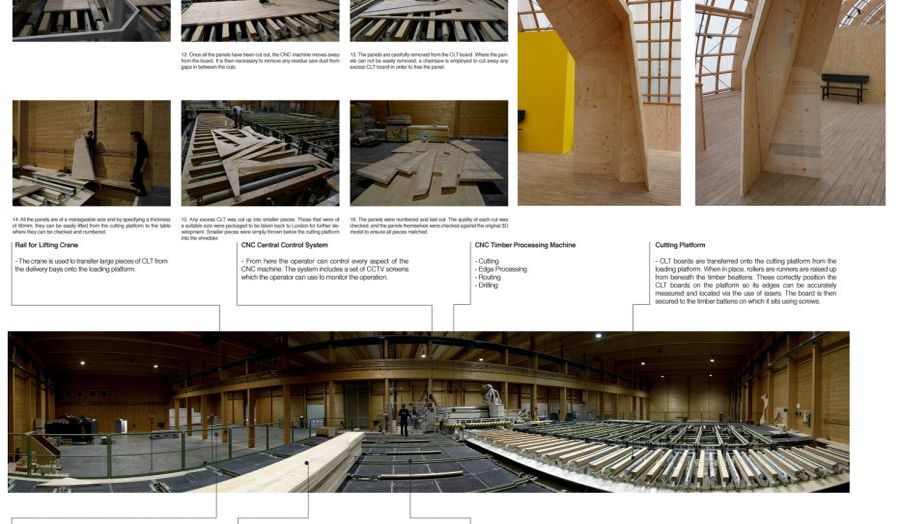