“...Suppose some day it should turn out that 'mere' thought was in itself a recommendable object of production, and that all Material production was only a step towards this more precious immaterial one?" John Ruskin in 1860

Making doesn't come before thinking or vice versa, in fact they're the same thing. The Materiality/Immateriality studio believes knowing isn’t any more or less creative than not knowing. By making artwork in studio and on public sites, by discussion around artwork and by regular field trips this studio will interpret what the terms 'material' and 'immaterial' mean to us now, how the definitions of these words may have changed over time.

Perhaps since the production of the Model T Ford, our understandings of materiality and production have changed very fast. This has influenced the way art is made, as well as the role of the artist in that process. For over half a century, artists have been outsourcing production of artwork to fabricators who might be based in distant parts of the world – in fact, this type of displaced production has become the norm.

Dematerialisation, as a result and as a process, was a big topic in the late 1960s. It was driven by saying no to the aesthetics that had gone before and by saying no to the dominant, conservative art market. Back then Lawrence Weiner turned to language as the primary vehicle for his work, concluding that: “(1) The artist may construct the piece. (2) The piece may be fabricated. (3) The piece may not be built”. At the same time, actions and processes became more important than the objects that resulted from those processes. Conceptual artist Douglas Huebler said "The world is full of objects, more or less interesting; I do not wish to add any more".

The issues that accompany dematerialisation and immateriality are very different now, informed by a twenty-first century concern with ‘participatory practice’ and by the conditions of widespread, yet untraceable labour of others in the space of art making as well as all other areas of production.

In our current times of ‘austerity measures’, resulting from widespread economic crisis (and partly also for reasons of ethics and ecology), many artists are again interested in making work with a transient quality, even using their own body as ‘material’ or as an object or membrane. Recently, young Finnish artist Pilvi Takala accepted a 9-5 office job in order to enact a controversial performance which involved her doing nothing all day. Her colleagues were furious!

Meanwhile, as a reaction to the rise of the virtual, to automated and ‘hands-off’ production, artists have again turned to ‘folk’ and the hand-made. Craft is again seen as having critical and political potential. Just as the Materiality/Immateriality Studio looks at art that is non-object and ‘almost not there at all’, we're equally interested in hands-on, dirty making and the types of investigation, open speculation, fumbling around in the unknown, and importantly, surprise, to be found in process art. This studio wants to see how material might direct us as artists, just as much as how artists and viewers might direct or influence that material. We look at the ways in which the ‘experience economy’ has impacted on the messy business of art making. We think about the ways in which the relationship between artist and viewer have shifted.

Philosopher Jacques Rancière has said that art medium has never actually been the material or object itself (eg, a sculpture or a print), but is rather defined by a ‘sensorium’, that is, everything surrounding the appearance and conception of the work. The Materiality/Immateriality studio is not medium-specific, but interested in all areas of practice from performance to web-based, audio art to painting and drawing, public and site-specific art and all forms of film/video work. The studio sees open and supportive exchange within the group as essential. Collaborative work is encouraged, and outward orientation is seen as vital to figuring out how to negotiate one’s place in the world of cultural production beyond art school.

Suggested artists to look at:

Stilinović, Mladen. See The Limit of my Language on YouTube.

Level 5 and Level 6 Studios are based in Central House, second Floor on Mondays and Thursdays. Please speak to your course leader for further timetable information. 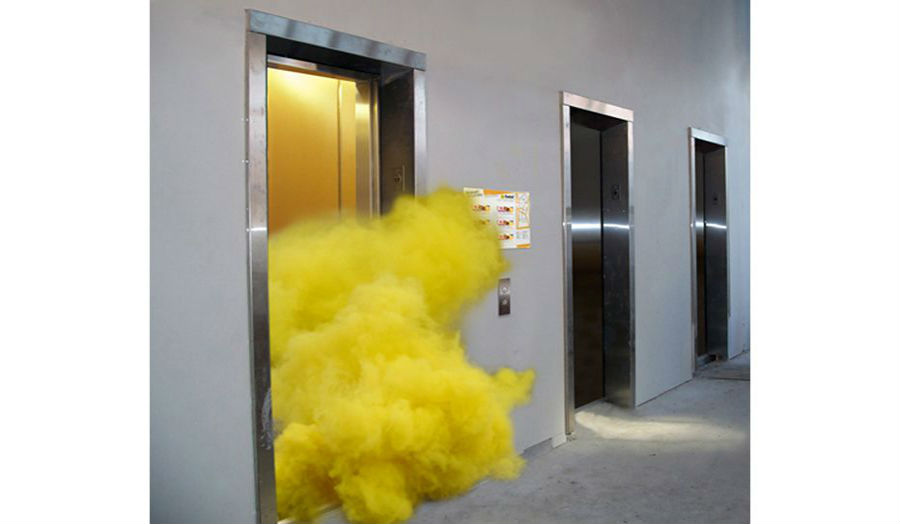